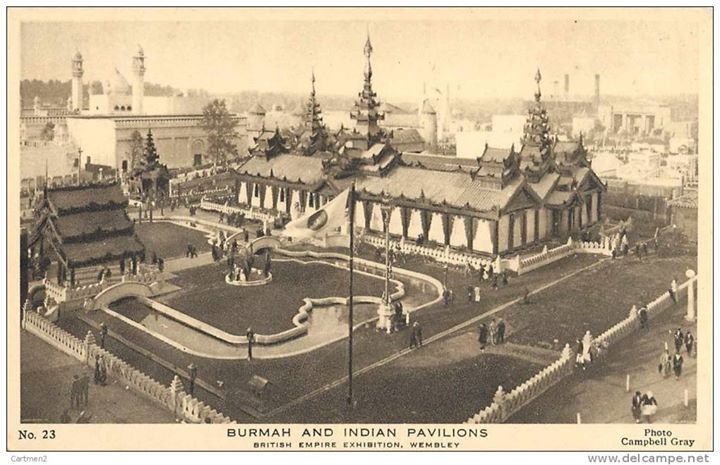 A little Burma in England: the "British Empire Exhibition" of 1924-5

The "British Empire Exhibition" of 1924-5 was the largest exhibition ever staged anywhere in the world, attracting over 27 million visitors to Wembley (near London). The exhibition covered hundreds of acres and included "Palaces" dedicated to Engineering, the Arts, and Industry, as well as "Pavilions" showcasing the different countries in the empire. Australia, Canada and India had the biggest pavilions, followed by Burma, New Zealand, Malaya, and South Africa. The Burma Pavilion was partly designed by U Tin who later helped design the Rangoon Corporation building (City Hall) and Myoma School. Inside were examples of Burmese arts and crafts from around the country, as well as an assortment of Burmese, from Maung Kin the fortune teller to Maung Paw Law the chinlon player. Notice the traditional peacock flag in the foreground.