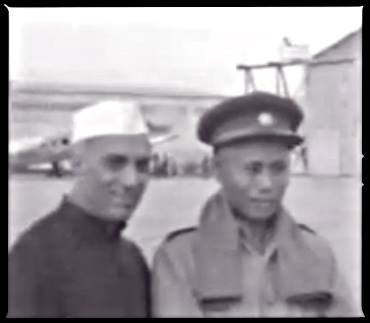 Pandit Jawaharlal Nehru died in 27 May 1964. He was always a great friend of Burma and visited many times from the 1930s onwards. This is a photograph of him with General Aung San, taken on New Year's Day 1947 at Delhi's Safdarjung airport. General Aung San was on his way to London for talks on Burmese independence. Pandit Nehru realized General Aung San's tropical outfit would not be suitable for London, which was then experiencing one of its coldest winters in history, and gave the General a greatcoat and had him made two new bespoke uniforms of warmer material.