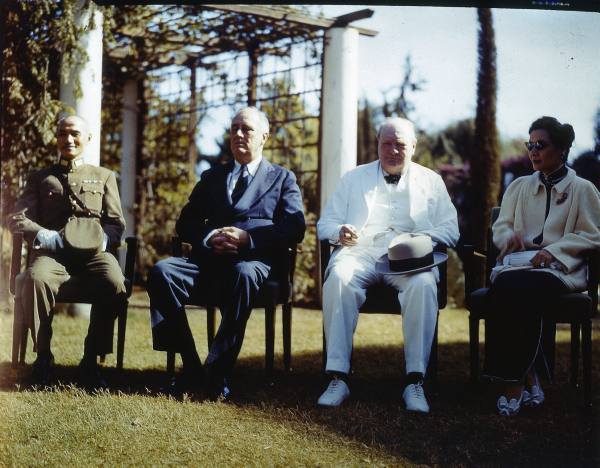 The photograph is of Allied leaders President Franklin Delano Roosevelt, PM Winston Churchill, and Generalissimo Chiang Kai-shek discussing the reconquest of Burma at their summit in Cairo. Also at the conference were Madame Chiang Kai-shek (also in the photo), the new Allied Supreme Commander for South East Asia Lord Louis Mountbatten, and his deputy General Joseph "Vinegar Joe" Stillwell. The Chinese pressed for an aggressive invasion of Burma, by British, Indian, and American as well as Chinese forces, the early capture of Mandalay, and building of an India-China all-weather road (later the "Stillwell Road). The British and the Americans, however, were at the time more focused on "Operation Overlord" (the Allied landing in Normandy) and decided to postpone plans for an amphibious assault on Rangoon ("Plan Z", later "Operation Dracula"). These decisions and others - taken in Cairo as well as earlier in Quebec - were critical in shaping Burma's post-1945 political landscape.