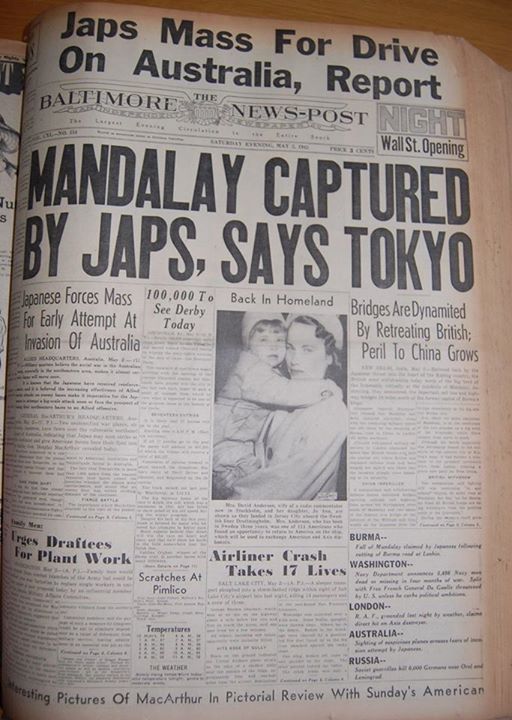 In the first week of May 1942, the Japanese 15th Army under General Iida Shojiro (飯田祥二郎) captured Mandalay. The Japanese invasion of Burma began in December of 1941 with the Christmas eve bombing of Rangoon. Rangoon fell 8 March 1942. On 30 March the Japanese took Toungoo from the "Chinese Expeditionary Force in Burma" under General Luo Zhuoying and then Prome from the (British-led) Burma Corps under General Alexander. Allied forces attempted to make a stand at Mandalay which was then heavily bombed by the Japanese. Several thousand people died as a result of incendiary bombing on 3 April. The city was entirely destroyed, a blackened ruin, bodies filling the old royal moat. The Japanese had captured Lashio the week before from the Chinese and would take Akyab and Myitkyina the week after. The retreat from Rangoon to India was the longest retreat in British history. The war - which would bring nearly a million Japanese, Chinese, Gurkha British, Indian, Australian American, African, and Canadian fighting men to Burma - had nothing to do with the Burmese, but it destroyed their country and set the stage for the armed conflicts that have yet to end.