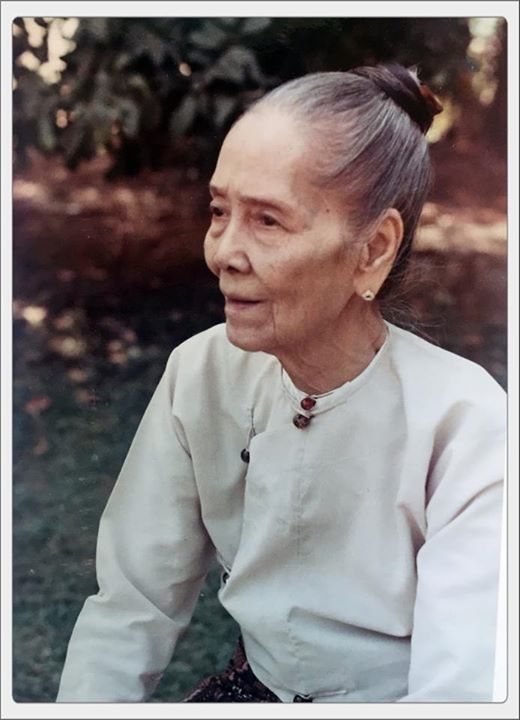 My great-grandmother Daw Nan Thaung (born 1883 in the southern Shan states). The photograph was taken in the 1970s when she was in her 90s. Her husband, U Po Hnit, was a landowner and businessman in Pantanaw. She had four children: U Thant, U Khant, U Thaung, and U Tin Maung. She became a widow when her husband died of a sudden illness; her kids were then aged 4 to 14 and she was left to raise them alone and without much money (as her late husband's uncle seized most of the family property and savings). Two of her sons became senior civil servants, one a Member of Parliament, and the eldest the third UN Secretary-General.