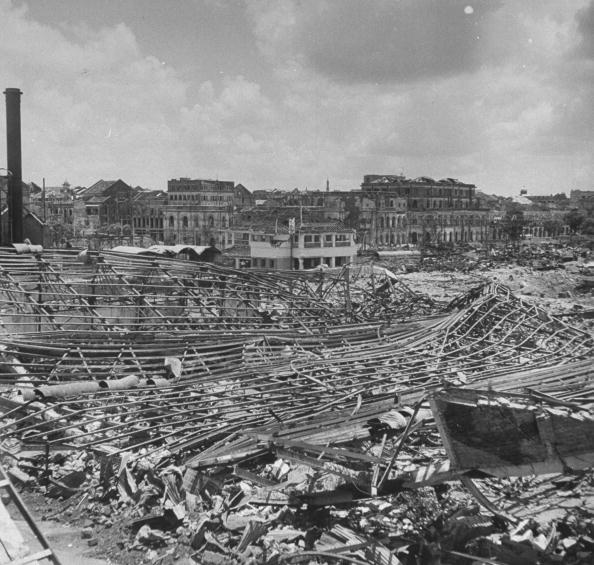 In May 1945, Allied troops recaptured Rangoon ("Operation Dracula"). The 17th Indian Division was pushing south from Pegu and on 2 May reconnaissance aircraft flying over the jail noticed a message on the roof painted by British prisoners that read "Japs Gone, Extract Digit" (RAF slang for "Hurry Up"). The 26th Indian Division (a mixed force of mainly English, Punjabi, and Gurkha troops) entered the city virtually unopposed the next day. Allied leaders had feared that the Japanese would make a tough stand in Rangoon the way they had done in Manila two months before (leading to 100,000 dead Filipinos). Indeed, the Burma Area Army commander Gen. Heitaro Kimura had been ordered to defend Rangoon "to the death". But he decided to withdraw to Moulmein, taking with him Dr Ba Maw and Subhas Chandra Bose. I guess we have General Kimura to thank for preventing what could have been the utter destruction of Rangoon. The city though was in ruins. People tend to think that Burma emerged from British rule in the 1940s as a "rich" country, forgetting the extent of the devastation caused by WW2. This is a photograph of Rangoon during the war.