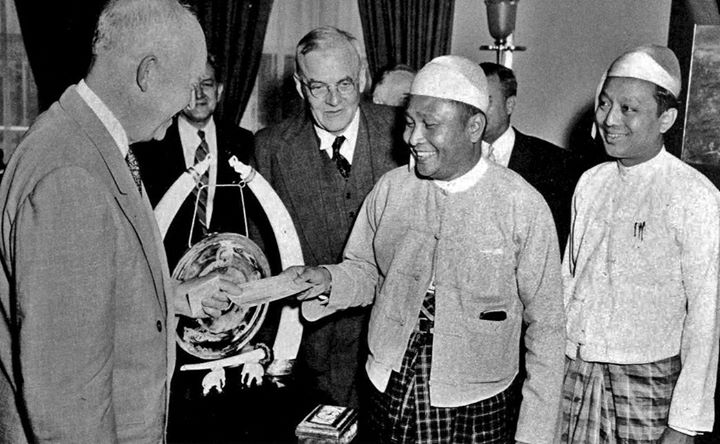 In 1955, U Nu became the first Burmese prime minister to visit the United States. This is a photograph of him with President Dwight Eisenhower in the White House. U Thant (his advisor and a permanent secretary in his office) and John Foster Dulles (US Secretary of State) are also in the photograph. U Nu is presenting Eisenhower with a check for $5,000 to help American children whose fathers died fighting the Japanese in Burma.