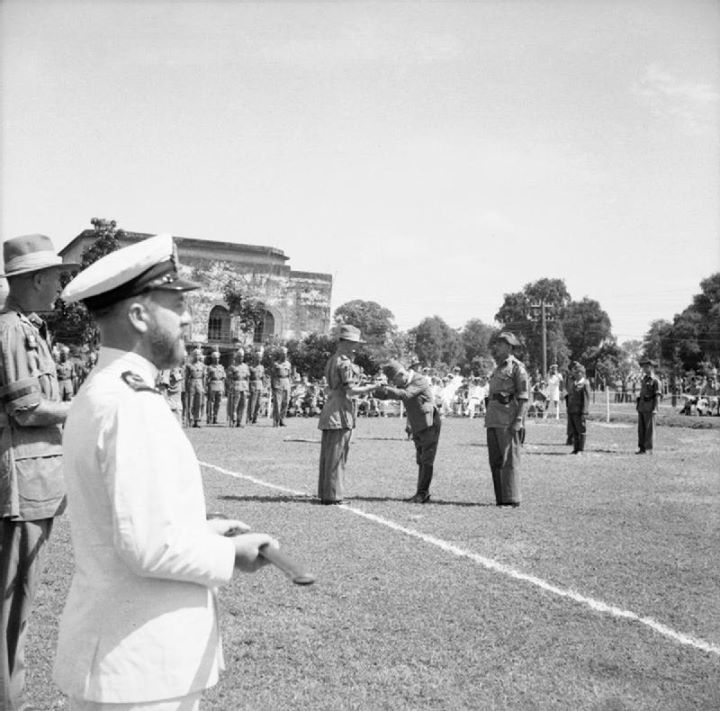 The defeat of the Japanese

The Japanese surrender ceremony was held at the Convocation Hall of Rangoon University in August 1945. The British 14th Army, with nearly a million men under arms (the largest imperial army anywhere in WW2) had just defeated the Japanese Burma Area Army and were preparing for an invasion of Malaya when the war ended. In this photograph, you can see the Convocation Hall in the background.