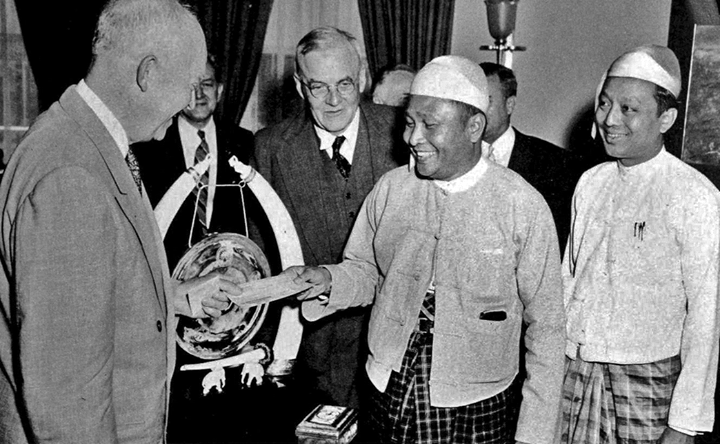 The First Ever Meeting Between Burmese and American Leaders

On 3 July 1956 Prime Minister U Nu met with President Dwight Eisenhower at the White House. The meeting was at the start of U Nu's two-week tour of the US. U Nu and President Eisenhower said that the two countries "share two fundamental goals, a peaceful world and a democratic way of life" and reaffirmed their "loyal steadfast support for the Charter of the United Nations". Relations had recently been difficult because of US support for KMT forces in the eastern Shan states. In the photograph, U Nu is presenting President Eisenhower with a check for $5,000 for the children of American servicemen and women killed in Burma during WW2. U Thant and Secretary of State John Foster Dulles are also in the photo.