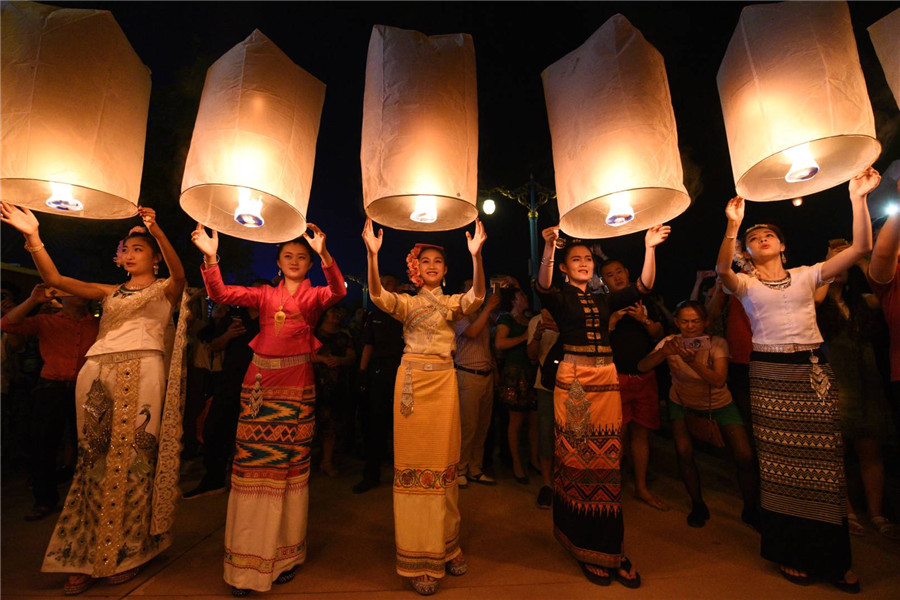 The borders of Myanmar and China are new. They go back to the time of the British conquest of Upper Burma in 1885-90. Two thousand years ago, China's Han dynasty established an outpost near where Muse is today. But at that time almost no Han Chinese people lived in Yunnan and Chinese control of Yunnan was temporary. Yunnan was ruled by its own kingdoms (like Nanchao) or other outsiders (like the Mongols). It was only in the 1600s that Beijing's grip on Yunnan tightened and more Chinese people came to live in what is today a province of the People's Republic.

And from the 1600s onwards, the peoples living in the areas between Yunnan and the Burmese kingdom (people speaking Tai/Shan, Wa, Jingpaw, and other languages) had a big role in relations between the two countries.

Sometimes they were a cause of war. In the 1760s, clashes between the Shan chiefs in this area, chiefs who owed nominal allegiance to both the king of Burma (at Ava) and the Manchu emperor of China, quickly became an armed conflicts between Burma and China itself. The trigger then was the murder of a Chinese businessman, followed by Chinese demands for redress and Burmese support for a recalcitrant local rule. Four massive Manchu armies would invade Burma over a four-year period, intent on imperial conquest. The Burmese emerged victorious in the end, but Sino-Burmese relations remained damaged for decades.

But frontier personalities have also been important bridge-builders and peacemakers. There is for instance the amazing case of a man named Wu Shangxian, nicknamed Ai-chiao-hu or "The short-legged tiger". He was an ethnic Chinese, born into a poor family in the east of Yunnan.

Sometime in the 1740s, Wu arrived in the Wa Hills in search of fortune, setting up business at one of the great silver mines in the area. He quickly became rich, and later became a trust confident of the governor of Yunnan, who appointed him a collector of taxes.

This was a time when there wasn't much trade between the Burmese kingdom and China. Both Wu and the governor of Yunnan reckoned that growth in trade would mean more money for them. As neither government seemed interested in improving commercial ties, they decided to intervene directly.

Wu made his way to Ava pretending to be an envoy of the emperor of China. The Burmese, believing him, were flattered and pleased by this sudden attention from Beijing. Wu then convinced the Burmese to send an embassy in return (accompanied by him). This embassy was courteously received by the imperial court at Beijing, who believed the Burmese was now eager for closer relations.

In the end, trade increased only slightly because of new violent conflicts in Burma. Wu himself was eventually found out (by a new governor of Yunnan) and arrested.

These two incidents are examples of how important the people between Burma and China have been for centuries in the relations between the two countries.