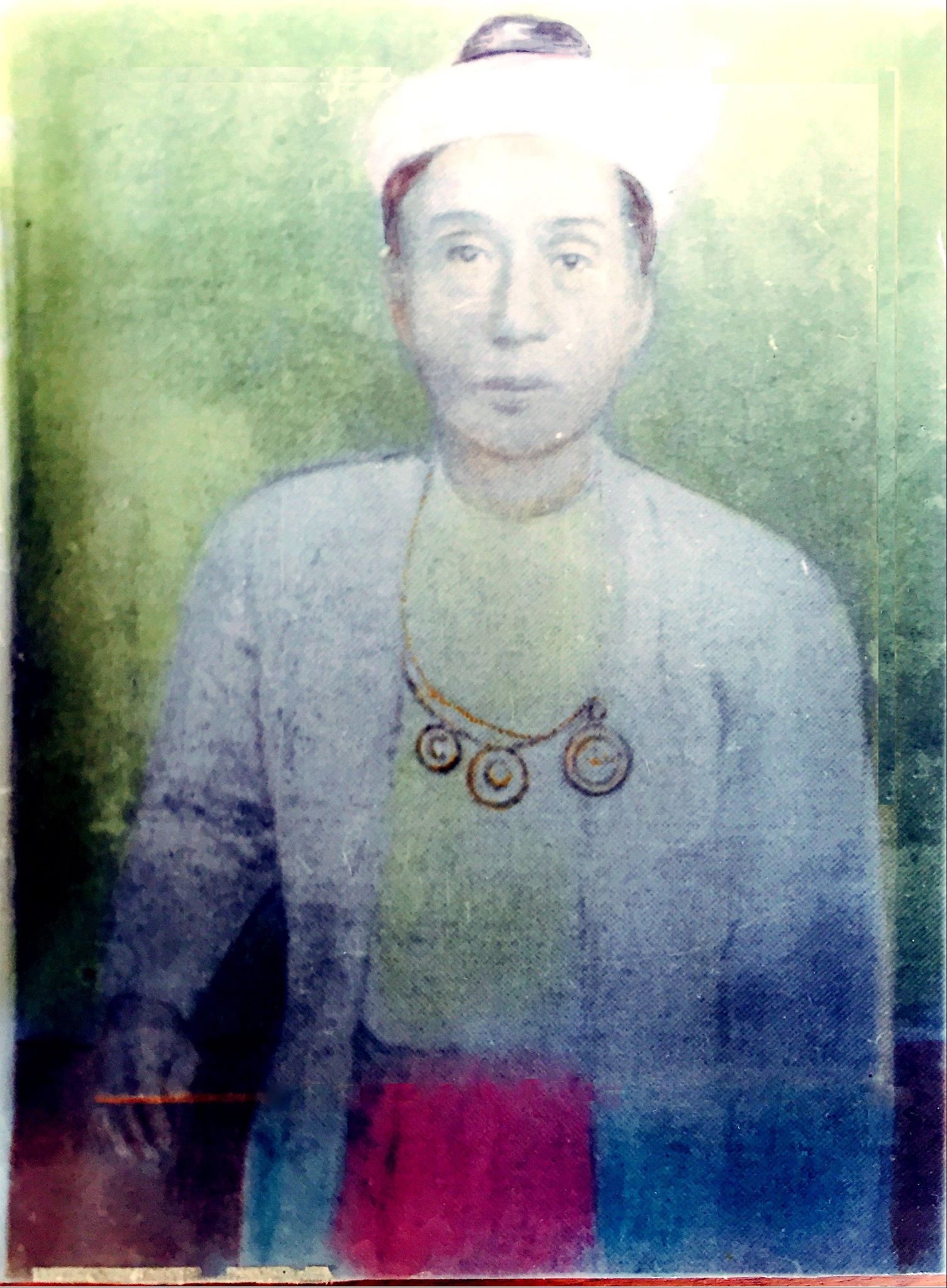 This is an image of my paternal great-great grandfather U Maung Gyi. I believe it was drawn over a photograph taken around 1885.

His nephew, my great uncle, was U Ba U of Mandalay, the founder of the Bahosi newspaper, a minister in the Dr Ba Maw government of 1937, and author of Myama-Okchokyay-Pyinnya (Administration of the Burmese).

U Maung Gyi's father, U Mya Yit (my great-great-great grandfather) was a secretary (sayay-gyi) to the council of ministers (hluttaw) in 1850s and 1860s and a royal poet (sa-so-taw) under King Mindon. He was made the Dabessway-hkunnit-ywa-sa (lord of the seven villages of Dabessway) and given the title Maha Mindin Thinkaya.

U Mya Yit's father U Kyaw Zan was a merchant-banker (thutay) from Dabessway, who served the Ava kings in the early Konbaung era (c.1780-1825). He was himself from Dabessway (very near Ava, next to Paleik).

I don't know too much else about U Maung Gyi's lineage, other than that they were considered part of the "Yanaung Minzin" group. I would be grateful if anyone had any additional information, in particular on the Dabessway Ywasa U Mya Yit (and any of his extant poems).

(PS these are my paternal ancestors, not related to U Thant)