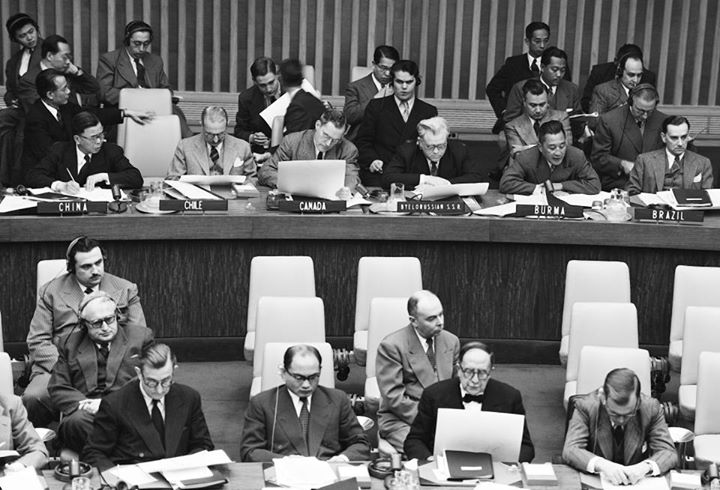 On 17 April 1953 at the United Nations, Justice U Myint Thein brilliantly laid out the Burmese government's charge against Kuomintang aggression. Over the past several years, more than 10,000 Nationalist troops under KMT General Li Mi had crossed into Burma, and were by 1953, with active US intelligence support ("Operation Paper"), pushing west across the Salween and threatening all the Shan states. The KMT was also building up a massive trade in opium. The Burma Army, then facing communist and other insurrections, were unable to fully contain the KMT invasion, crippling the young democracy. We live with the consequences today. By all accounts, U Myint Thein gave a stellar performance, one of the best in UN history. It should be remembered in Myanmar. The photograph shows both him and, just behind him, one of Burma's other star diplomats, James Barrington, then ambassador to the UN and later foreign secretary.