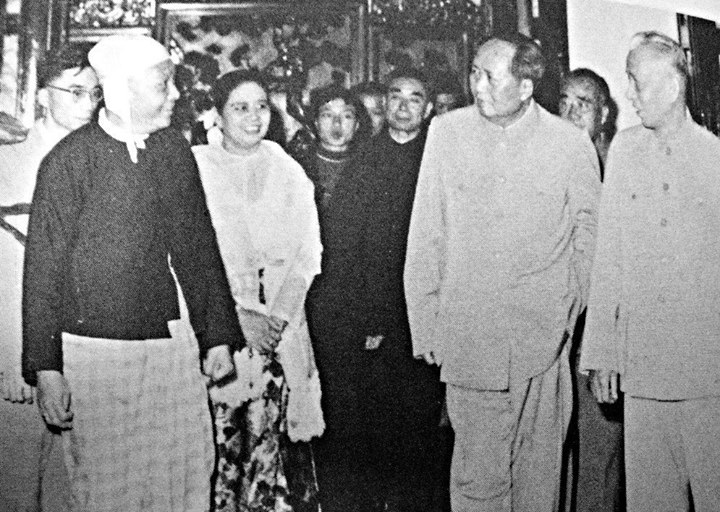 Why relations with China is important

Getting relations with China right are critical for the country's economic future and for the success of the ongoing peace talks. Myanmar is today next door to the greatest industrial revolution of the 21st century - the lives of ordinary people will be shaped more by how it handles (or mishandles) this position than by almost anything else. Every major turn in Chinese history has had an enormous impact on Myanmar, from the Mongol conquests to the fall of the Ming dynasty to the establishment of the PRC. What happens next in China under Xi Jinping should be of top concern to everyone in Myanmar. The photograph is from U Nu's trip to Peking in 1960. Also in the photograph are Daw Mya Yi, Premier Zhou Enlai, and President Liu Shaoqi. The KMT invasion of the early 1950s had brought war to the eastern Shan states; the Cultural Revolution would soon lead to the Chinese-backed communist invasion of 1968 and the creation of 'liberated areas' along the entire northeast border. U Nu was visiting at a time of relatively good relations and took with him a 400 strong delegation.