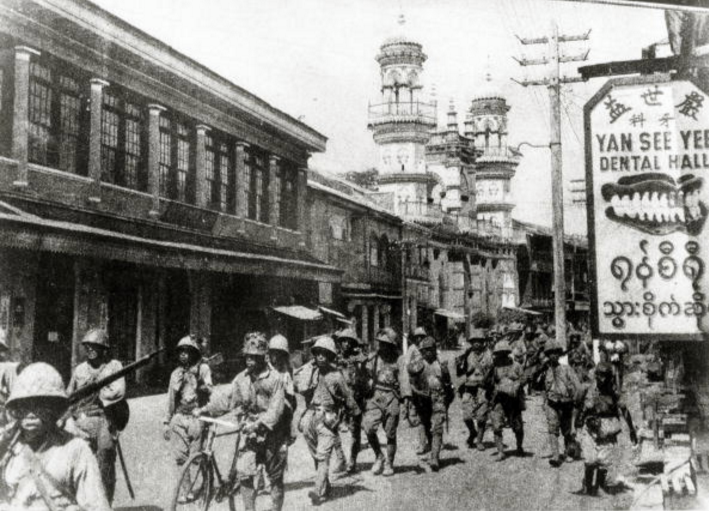 On 26 January 1942, the 55th Division of the Japanese 15th Army under General Shojiro Iida attacked Moulmein. Japan's principal aim was to cut the Allied supply line from Rangoon to Chiang Kai-shek's China ("The Burma Road").  The 55th Division (under Lt. General Hiroshi Takeuchi), which advanced on the city from the east via Kawkareik and Kyondo after crossing the border from Thailand. The 33rd Division approached from the northeast from Pa-an. Tavoy had already fallen on 19 January to a battalion group of the 55th Division. Defending the city was 16 Brigade of the Indian Army's 17th Division ("The Black Cat"), under Brigadier Sir John Smyth, Bt., VC. The Brigade was comprised primarily of units from Gurkha and Baluch regiments. Moulmein fell on 31 January after the sustained aerial bombardment and fighting along the city's western perimeter. Fierce fighting then followed over the next two weeks as British-Indian forces retreated across the Salween River. By mid-February, the British had decided to evacuate Rangoon, which fell to the Japanese on 8 March 1942.