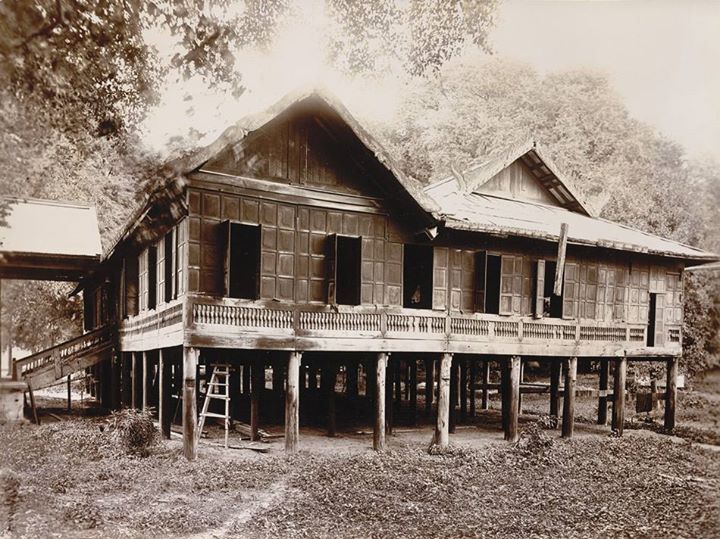 The only photograph I know of King Thibaw's school. This was the SPG School also known as "Dr Marks School" in Mandalay, just to the west of the palace walls. Rev. James Ebenezer Marks who had been the headmaster of St John's School in Rangoon was invited in 1869 by King Mindon to build the school together with an adjoining church and clergy house. Seven royal princes including Prince Thibaw attended the school. Prince Thibaw was remembered as a "tolerably good" batsman as well as one who used "unprincely language" when bowled. It should be noted that he was also considered a good pupil and became the first and last Burmese king to both speak and read English.