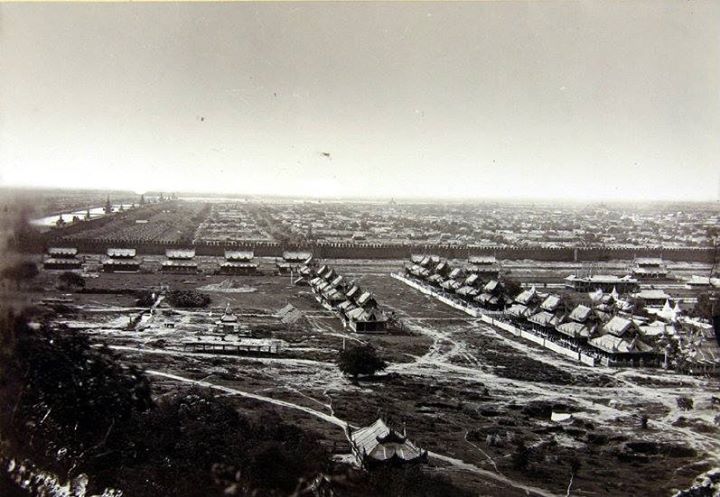 The only photograph I know of the city of Mandalay in the days of King Thibaw. It was taken by the German explorer Emil Riebeck. Notice the many buildings inside the city walls. In addition to the main palace and government buildings, the city included the homes of the royal family, nobility and court officials. All these homes were razed by the British in the late 1880s; it was Lord Curzon, visiting in 1901 as Viceroy, who stopped any further destruction and saved the palace complex (which then burned down in 1945).