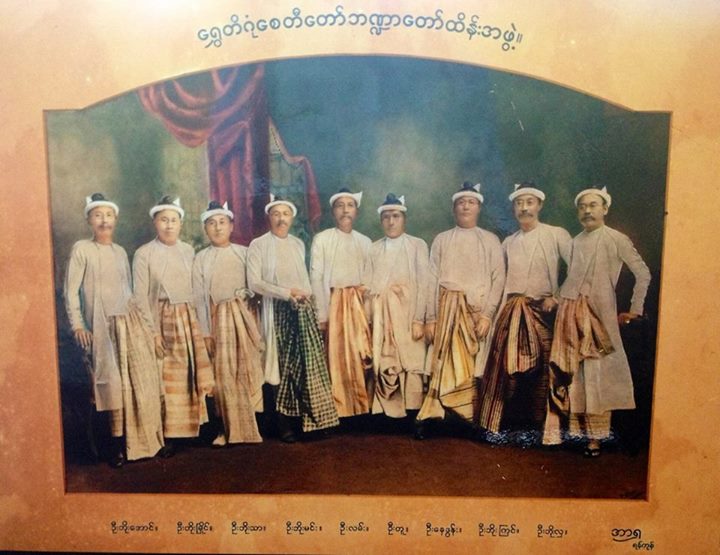 Nine distinguished Burmese gentlemen, including six named ဘိုး. This is a portrait of the Shwedagon Pagoda Trustees c. 1930. They were all very well-to-do businessmen, ex-public servants, and philanthropists. Their names from left to right are: U Po Aung, U Po Myaing, U Po Tha, U Po Min, U Lan, U Tu, U Ne Dun, U Po Kyin, U Po Hla. They were part of an elite that would lose power with the rise of the Thakins and independence.In the picture they are all properly dressed in the "traditional" Burmese men's costume, which was used for formal occasions until the 1960s (and almost never now). Question is - why was "Po" such as popular name a hundred years ago, and why isn't it today?