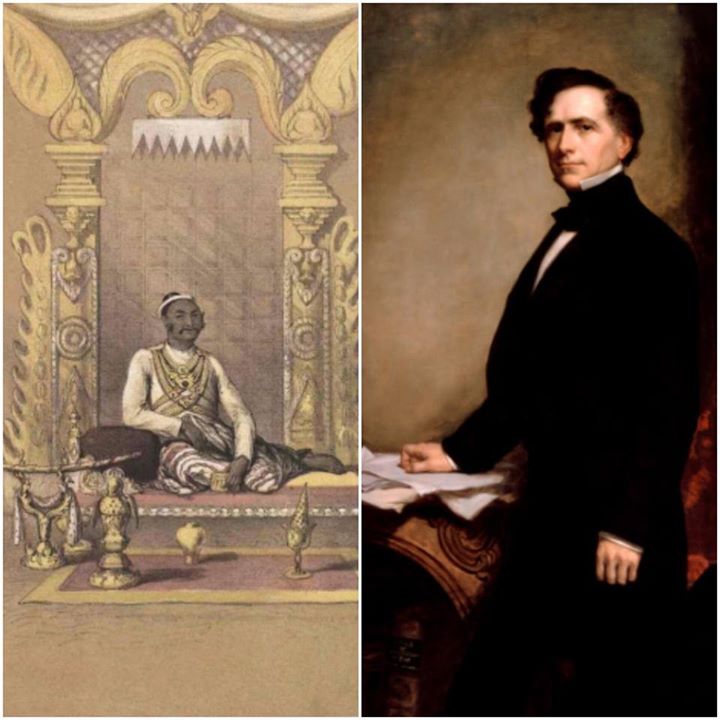 The dawn of Myanmar-US relations

Official Myanmar-US relations began in 1856 with a letter from King Mindon to Franklin Pierce, the 14th President of the United States. King Mindon's modernization drive was then in full swing.

Over the next 15 years he tried to reform all aspects of government, fundamentally changing the revenue system and reforming administrative structures, minted coins, sent students to Europe (and appointed them to high positions on their return), setup the first factories and expanded the oil industry (one of the first in the world), promoted exports to China (cotton primarily), laid the first telegraph lines, imported steamers and ran a steamer service, and upgraded the military using international experts and imported arms. He tried as well as forge diplomatic ties with as many foreign governments as possible, including the United States, then on the eve of its Civil War. King Mindon hoped the Americans would agree to a bilateral treaty and that this treaty would help provide some protection against further British aggression.

When the letter was written he had just built his new city: Mandalay. A friendly but non-committal reply was sent by President Pierce's successor James Buchanan. The first Burmese students to the US arrived in the late 1850s.

Note the traditional designation of the country as "the kingdoms of Thunaparanta and Tampadipa". The text of the letter is below. “His Majesty, whose glory is like the rising Sun, ruling over the Kingdoms of Thuna pa yon te – Ton pa de pa – and all the Eastern Principalities, whose Chiefs walk under golden umbrellas; Lord of Saddan the King of Elephants; and Lord of many white Elephants; whose descent is from the Royal race of Alompra: – Also the great Lords and Officers of State ever bowing before his Majesty as water lilies around the Throne, to direct and superintend the affairs of Empire: “Send Salutations to the President and Great Officers of State residing in Washington the Capital City, and ruling over many great Counties in the Continent of America.” His Majesty, whose shadow like that of his Royal race, falls over the entire Kingdom, desires to govern so as to promote wise and useful regulations, such as the greatest and wisest Rulers have ever made it their study to accomplish. His Majesty is aware that it has always been the custom of wise Rulers to be on terms of friendship with other Nations, and to pursue measure tending to perpetual amity. As the American Teacher, the Rev. Eugenio Kincaid has come to the Royal City without hindrance, and as he has permission to go in and out of the Palace when he pleases, and has permission to look on the Royal countenance, he will be able to address the President of the United States and the Great Officers on all subjects pertaining to the government and Kingdom of Burmah. “Should the Royal Kingdom and the great Country of America form a friendly intercourse, there is on our part the desire that the two Great Countries through all coming Generations may cultivate friendly relations; and that the Merchants and common people and all classes may be greatly benefited.” To facilitate these objects this Royal Letter to the teacher, Mr. Kincaid. Should he be charged with a Letter from the President and Great Officers of State to bring to the Royal City of Ava for his Majesty and the Court, and should the President of the United States and the Great Officers who surround him, say “let the two Countries be on terms of friendship, so that our children and grandchildren, and all Merchants, and all classes of the people, may, through all generations, reap great advantage”: – should such a message come, it will be heard with great pleasure.