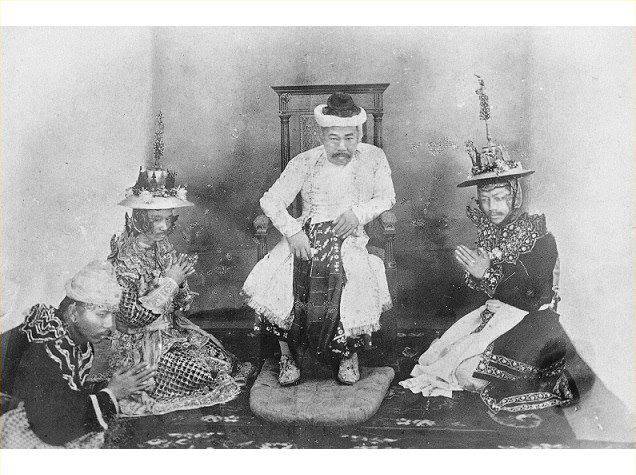 The last known photograph of King Thibaw of Burma, taken on 5 March 1914 during the "natwin-mingala" of his daughters, the four princesses, at Ratnagiri. Several dozen entertainers as well as ponna, court officials and ex-ministers including the Wetmasuk Wundauk were allowed to travel from Mandalay to attend the ceremony. The former king was already in poor health and died less than two years later, aged 57. If he had been alive at independence in 1948 he would have been 89 years old. His half-brother the Prince of Pyinmana lived until June 1963.