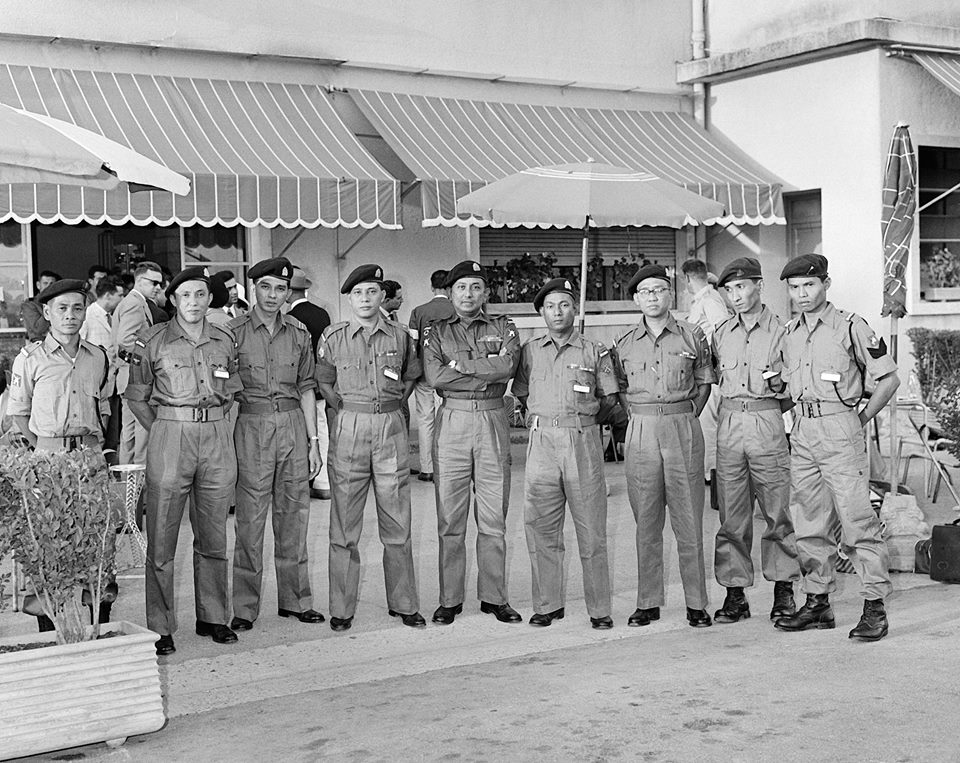 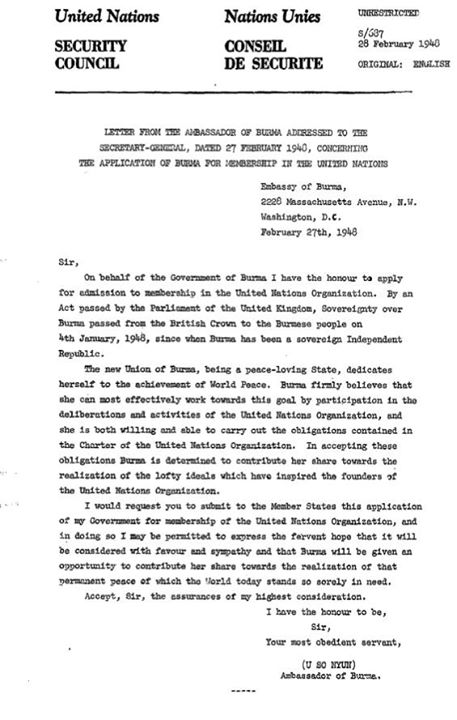 October 24 is United Nations Day. UN Day marks the day in 1945 when the UN Charter first came into force (after ratification by all the five big powers: China, France, UK, US, and USSR). Burma became independent a little more than two years later. The first image is of Burma Army officers in the Congo in 1960. The second image is the letter from ICS U So Nyun (then ambassador in Washington) formally applying to Secretary General Trygvie Lie for Burma's membership in the United Nations. Burma from 1948-62 was a very active member of the UN and even contributed troops to UN peacekeeping operations.