Explorations in Myanmar and global history 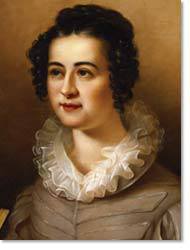 The missionaries Adoniram and Ann Hesseltine Judson of Massachusetts first arrived in Burma in July 1813. Ann (in picture) would die in 1825 at Amherst (now Kyaikkami) of smallpox. Adoniram Judson was imprisoned during the First Anglo-Burmese War but then released and continued to live in Burma until his death in 1850. He wrote the first English-Burmese dictionary. In addition to Judson College and the Judson churches in Myanmar, there are at least three dozen churches named after him in...

Explore Myanmar History through a Timeline

The aim of this website is to promote interest in Myanmar's amazing history.Our hope is to challenge the often two-dimensional and uncritical views of history taught in Myanmar by reexamining key periods in the country's past. We would like as well to reveal the rich multicultural nature of Myanmar's history and its deep and ongoing ties to global events and trends.Finally, this website will also delve into the history of neighbouring regions, such as Yunnan in China and the Northeast in India, in the hope of introducing these places to a Myanmar audience.We believe that meeting Myanmar's many challenges today will require fresh imaginative thinking. This is turn will only be possible with a clear and critical understanding of Myanmar and global history.