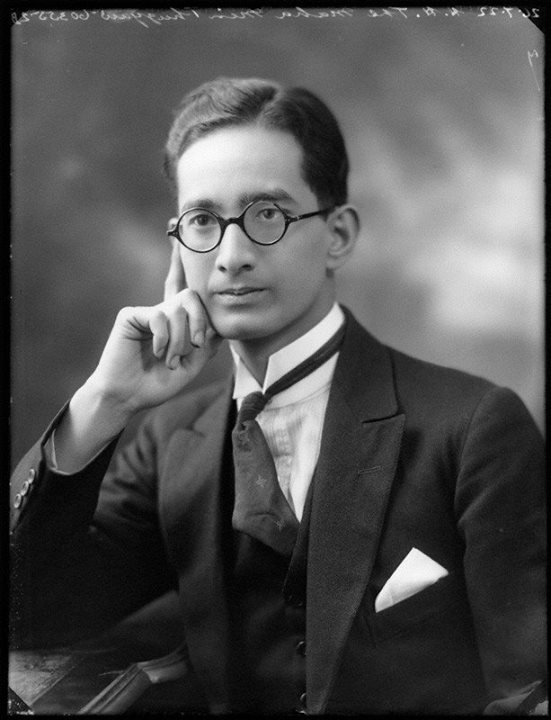 The photograph is from the (UK) National Portrait Gallery. Only a handful of Burmese have ever had their portraits there. He is listed as "Prince Maung Maung Gyi" a great-grandson of King Mindon. Elsewhere, he is listed as a grandson of Thibaw (which is impossible). His father is listed as "Prince Maung Maung U", but the name of his grandfather (Mindon's son) is listed as "unknown". He was born in 1902 and in 1922 seems to have been embroiled in a small scandal. He was an engineering student in London at the time and engaged to a "Sylvia Charlotte Helen Forde of Wimbledon". The Singapore Straits Times of 6 September 1922 though reports that the Registrar-General (of the UK) had acted to stop the marriage. There was another article saying the prince was under 21 and did not have his parents consent. After that, the trail goes cold, except for this photograph in the National Portrait Gallery.