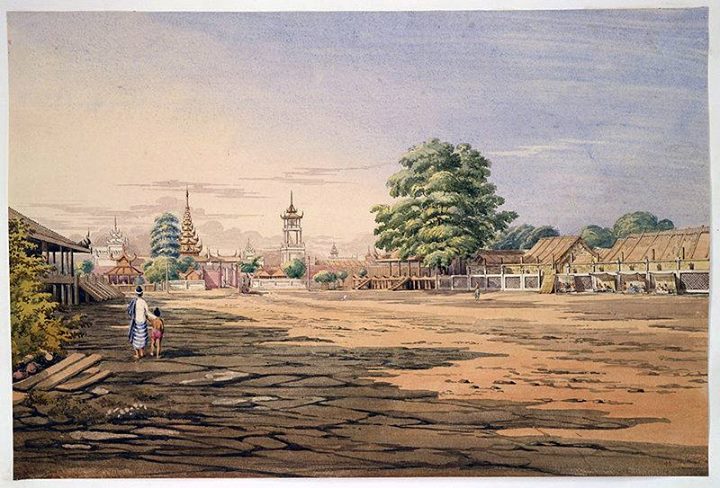 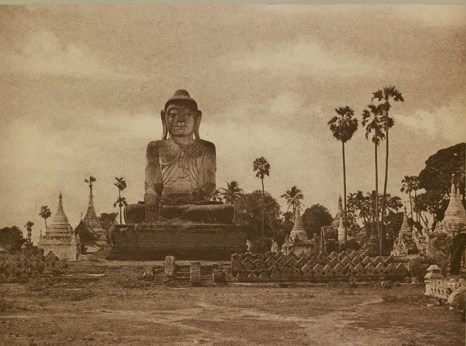 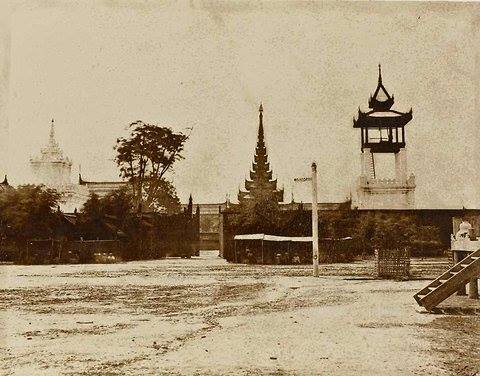 One of the first photographs ever taken in Myanmar 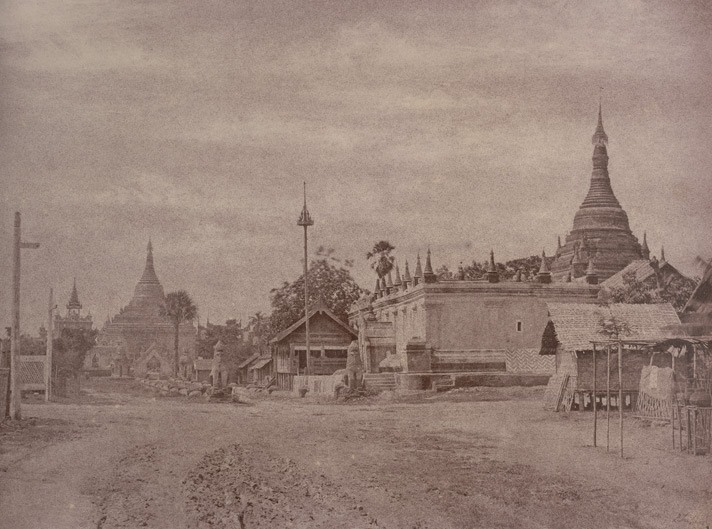 A street in Amarapura in 1855, when it was still the capital under King Mindon.

Amarapura was founded on 13 May 1783 by King Bodawpaya. The Konbaung dynasty was then less than a quarter century old and at the very height of its power. The Konbaung had devastated Siam and defeated the armies of Qing China. They would go on to conquer the Arakan, Manipur, Assam, Jaintia and Cachar. Tens of thousands of captives were brought to the Irrawaddy valley, especially from Manipur and present-day Thailand and Laos. Manipuri and Cachari horsemen were organized into elite cavalry regiments (the Cassay and Akkabat Horse).

There is anecdotal evidence that the conditions of ordinary people in the Irrawaddy valley and Shan states were improving considerably around this time, through demographic growth and increasing intra-regional commerce as well as the spoils of war. Trade with China in the early 19th century (tea and cotton from Burma, silk and silver from China) further fueled growth and enriched the court. All this came to crashing halt in 1824 with the first Anglo-Burmese war and the crippling indemnity that was imposed (difficult to calculate but likely equivalent to billions of US dollars in today's terms). With 53 (official) wives and 120 children, Bodawpaya, fifth son of Alaungpaya, founded Amarapura when he was 38 years old. His reign, which lasted until 1817 was the longest of any Burmese king in over 500 years. ("Amarapura" is of course a Pali word meaning "immortal city". "Amara" is a cognate of Latin "immortalis" or "immortal"; "pura" a cognate of Germanic "burg", English "borough" or "bury".)

King Mindon moved the capital from Amarapura to the new city of Mandalay in 1857. Elsewhere in the world around the same time - the Taiping Rebellion in China was in full swing, Nepal invaded Tibet, Ottawa and Dallas were incorporated as cities, Bessemer patented his steel-making process, Charles Dicken's published "Hard Times", and the Russians were defeated in the Crimea.