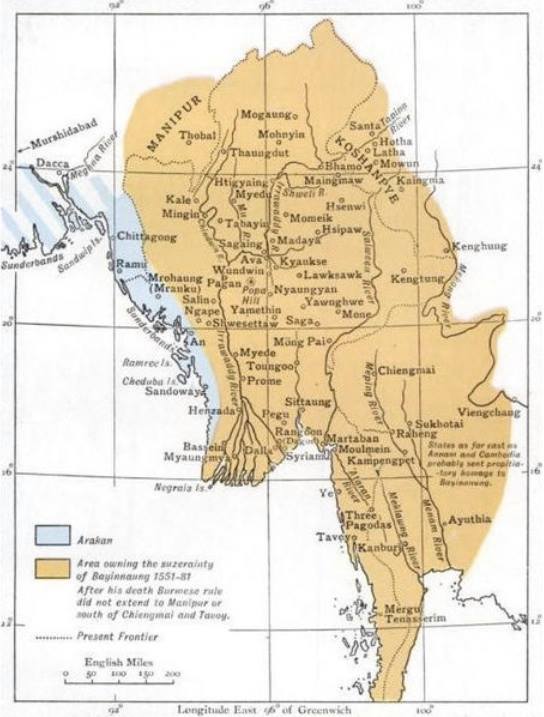 Myanmar's archetypal warrior-king Bayinnaung who was born 16 January 1516. His polyglot empire dominated mainland southeast Asia, integrating the Irrawaddy valley with the Tai-speaking uplands and Chao Phraya valley to the east. His personal name was Ye Htut.   The map shows Bayinnaung's empire at its height c. 1565 after his conquests of Siam, and the Lanna and Lanxang kingdoms. The even more cosmopolitan empire of Arakan was of course then a separate and significant power.  The map is from GE Harvey's 1925 History of Burma. What the map doesn't show is that many of the areas within the purported borders were only indirectly administered, if at all. The highlands such as the Chin and Kachin hills were never administered by any central authority until colonial times.