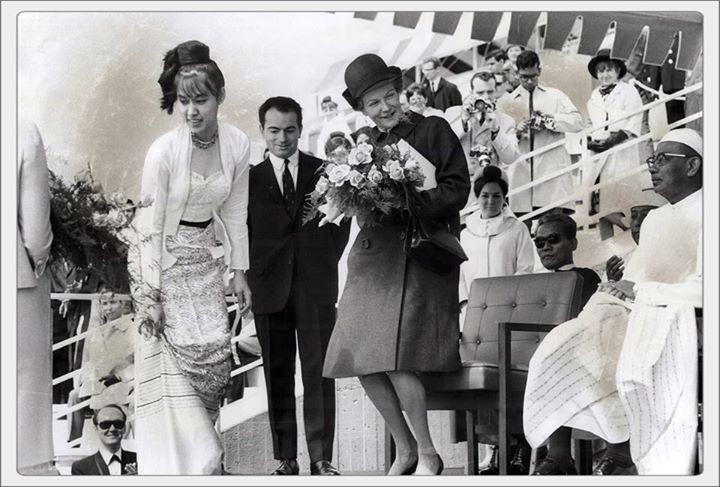 To the right of the image is Brigadier Tin Pe and to the left is Yi Yi Chit Maung and Mrs. Robert Shaw, the official hostess of the World's Fair. Expo '67 (or more properly the 1967 "International and Universal Exposition") was one of the most successful of all the many World's Fairs of the 20th century, with over 50 million people visiting and 62 nations, including Burma, participating. The Burma Pavilion highlighted the country's precious stones, mineral, forest and agricultural products, Burmese music was performed and Burmese food and cigars were sold. This was during the height of the Revolutionary Council's Burmese Way to Socialism, with the economy collapsing fast and violent anti-Chinese riots just around the corner (in June 1967). Brigadier Tin Pe was then Trade Minister, and his trip was one of very few at the time by members of the Revolutionary Council to the West (other than General Ne Win's frequent and usually personal trips to the UK).