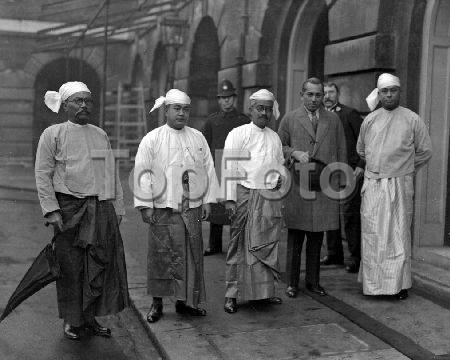 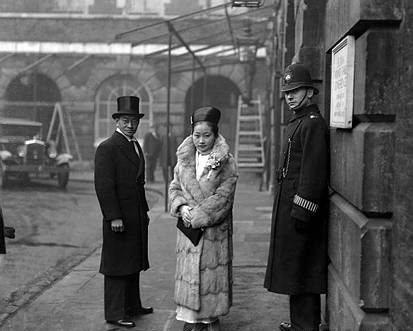 The leading Shan delegate, the Saopha of Hsipaw, together with his Mahadevi at St James Palace

In November 1931, two dozen delegates from Burma began arriving in London to participate in the historic Burma Roundtable Conference that would determine the country's constitutional future. U Chit Hlaing, Daw Mya Sein, Tharawaddy U Pu, U Ba Pe, the Sawbwa of Yawnghwe, U Maung Gyee, and Saw Sydney Loo-Ni were amongst those who participated.

On 13 January 1932, Burmese delegates arrive at St James Palace for the final session of the Burma Round Table Conference in London. The Prince of Wales opened the proceedings. It was there that agreement was reached in principle to separate Burma from India, perhaps the single most important decision in Burma's 20th century history. It was followed by closely contested elections in 1932.