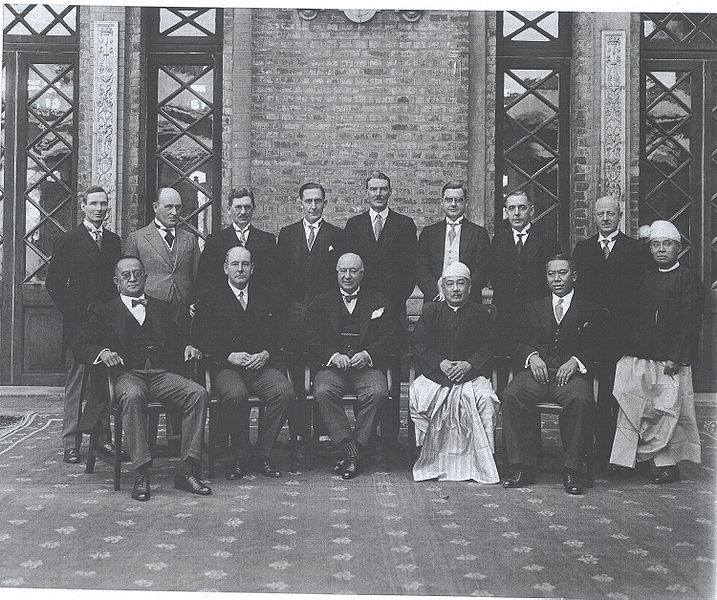 In November 1922, Burma held its first ever general elections.

On 21 November 1922 elections to the new Legislative Council were held across "Ministerial Burma" (approximately the same as today's Regions plus Rakhine State). Out of 103 seats, 21 were directly appointed by the Governor and 24 were 'reserved' for minorities: Karens, Indians, Europeans and Anglo-Indians/Burmans and for business groups. The rest were elected in 'general' constituencies.

The main political organization of the time, the General Council of Burmese Associations (GCBA), headed by the extremely popular U Chit Hlaing (the 'thamada' or 'uncrowned king' of Burma') boycotted the elections. The elections were won by the "21 Party", a breakaway faction of the GCBA led by U Ba Pe (the Sun), U Pu, MA U Maung Gyee, U Thein Maung, and U Maung Gyi (New Light of Burma).

The elections were held as part of the new 'dyarchy' system. As part of the Montagu-Chelmsford reforms, the Government of India Act of 1919 established dual forms of government ('dyarchy') in every province (Burma was then of course a province of India) as well as an Imperial Legislative Council in New Delhi (the new capital). Under the new constitution, meant as a step towards 'responsible government', power was divided between the Governor and the elected members of the Council. 'Reserved' subjects (finance and revenue, police, and justice) were still controlled by the Governor's Executive Council: 'Transferred' subjects (e.g. health, education, forests, agriculture) were under Ministers appointed from and responsible to the Legislative Council. Dyarchy was extremely controversial in Burma. Many politicians rejected it from the start and never compromised, others chose to work within it.

The Dyarchy constitution was replaced in 1937 by the Burma Act of 1935, which separated Burma from India and was meant to take the country a step closer to 'Home Rule'. The politics of constitutional change dominated Burma through the 1920s and 1930s. There was very little discussion on economic development or the future of the economy. The Shan and Karenni States, and the Chin, Kachin, and Karen Hills were all 'excluded' from these constitutional developments. No elections were held in those areas. These 'excluded' or 'scheduled' areas experienced a very different colonial history.

The photograph is of the Governor, Executive Council and Ministers in 1923.