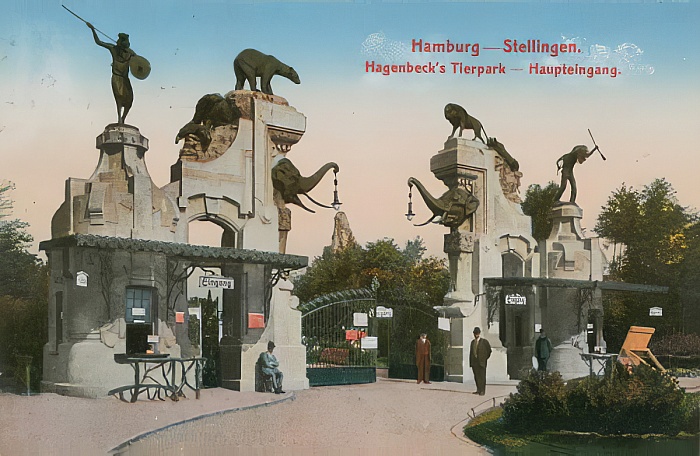 The entrance to Hagenbeck Zoo in the 1910s 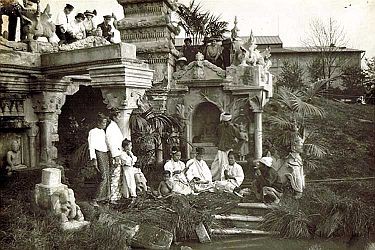 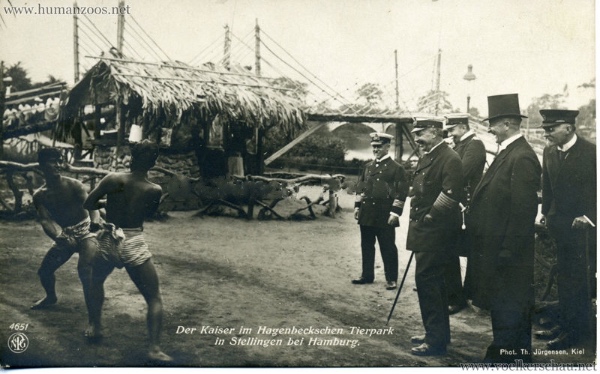 Kaiser Wilhelm II of Germany viewing a Burmese performance at the Zoo.

In 1913 about fifty Burmese men and women and a Buddhist monk were exhibited at the Hagenbeck Zoo near Berlin.

The 1910s were a time when many humans were exhibited in zoos around Europe. Carl Hagenbeck was a pioneer in this field. After exhibiting exotic animals with his father for many years, he founded the Hagenbeck Zoo in 1907. It was the first zoo were animals not caged and instead shown in a 'natural' surrounding, with deep ditches to separate them from visitors. It was a huge success. He soon included humans as well. These were people from societies also deemed exotic, especially from Africa, but also from Asia and elsewhere.

These human exhibitions are today widely seen as degrading. People who performed in the exhibitions and who were interviewed many years later have described the humiliation of being watched alongside animals, with visitors sometimes touching them and smelling them. These exhibitions sometimes included children whom visitors would try to feed. Many complained of extremely poor living conditions with many dying after several months from disease.

These exhibitions were part of the development of modern racism in Europe - the ways in which peoples around the world were studied, categorised, and ranked, according to what were seen as 'scientific' methods. Racism in the era of European imperialism and genocide was grounded in the idea that humans were biologically different. Exhibiting people in zoos feed into the idea that these different and inferior kinds of humans were objects of study and amusement, not really other humans 'like us'.

Nothing is known about who the Burmese were and whether all eventually returned home.