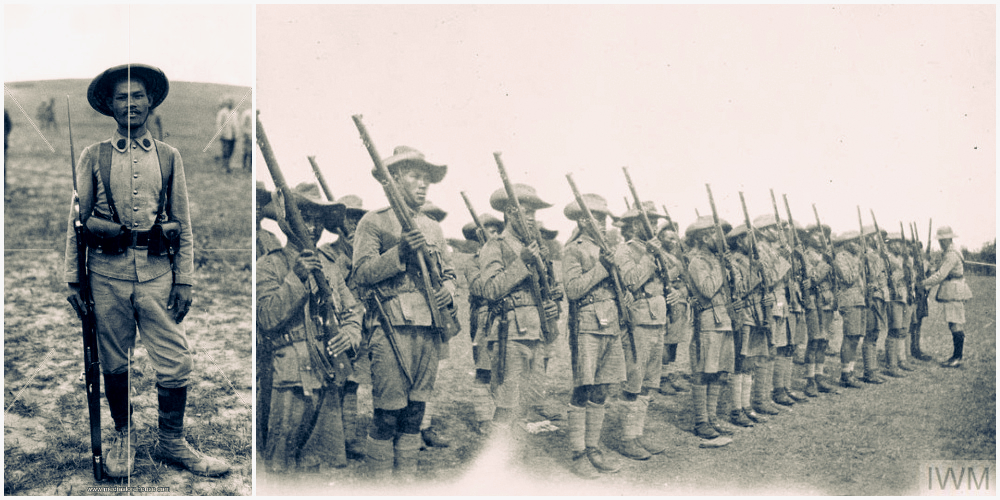 Burmese who fought in World War One

The role of Burmese people in the First World War is almost entirely forgotten.

The 70th Burma Rifles and the 85th Burman Rifles were raised in 1917-1918 and saw action against the Ottoman Empire in both Mesopotamia and Palestine.  These regiments included men from various ethnic backgrounds, including Chins, Kachins, Burmans and Karens.

Some Kachin soldiers stationed in Palestine, who had never been far from the Kachin hills, had difficultly coping with the new environment. After months in the desert, several committed suicide.