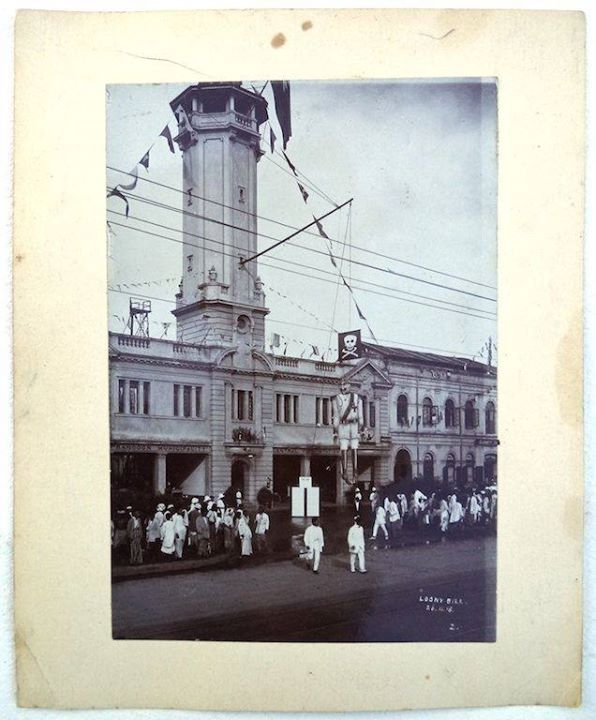 A demonstration against Imperial Germany in front of the Central Fire Station (Sule Pagoda Road), with Kaiser Wilhelm hanging in effigy. This was probably in the months just before Kaiser Wilhelm's abdication in November 1918. A regiment of Burma Rifles, several companies of Sappers and Miners, Mechanical Transport companies, and Labour Corps from Burma served during WW1 in Mesopotamia, Palestine, and France. The troops recruited from Burma were primarily ethnic Burmese, Kachin, Karen, and Chin.