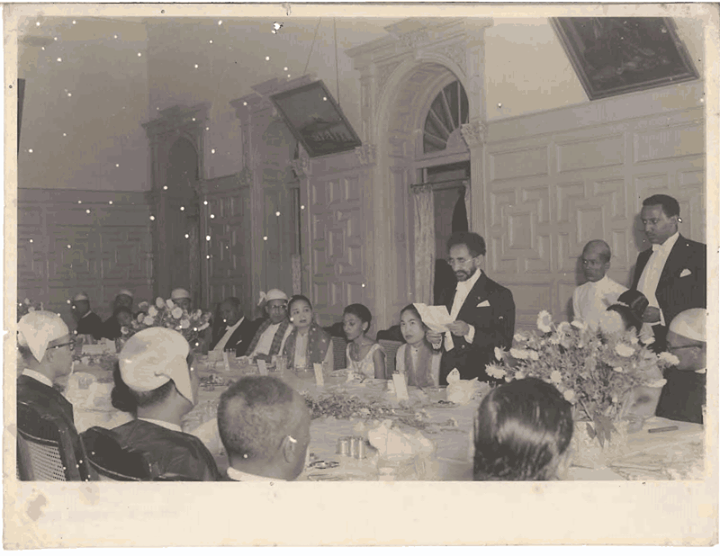 The Emperor Haile Selassie of Ethiopia at Government House in Rangoon.   Emperor Haile Selassie I (ቀዳማዊ ኃይለ ሥላሴ), "the Conquering Lion of Judah", the descendant of King Solomon and the Queen of Sheba, "Elect of God", who reigned from 1930-1974 and who was of course revered by many Rastafarians as the Messiah.  Haile Selassie is perhaps best known around the world for leading Ethiopia's resistance to the Italian invasion of 1935-6 and his impassioned appeal to the League of Nations.   Few in Myanmar today though remember anything of Haile Selassie's historic November-December 1956 visit. This photograph was taken during a dinner in his honour at Government House (the President's House) hosted by President U Ba U, after meetings with the Burmese cabinet and a speech to Parliament.  (Photograph courtesy of Mrs. U Ba Swe).