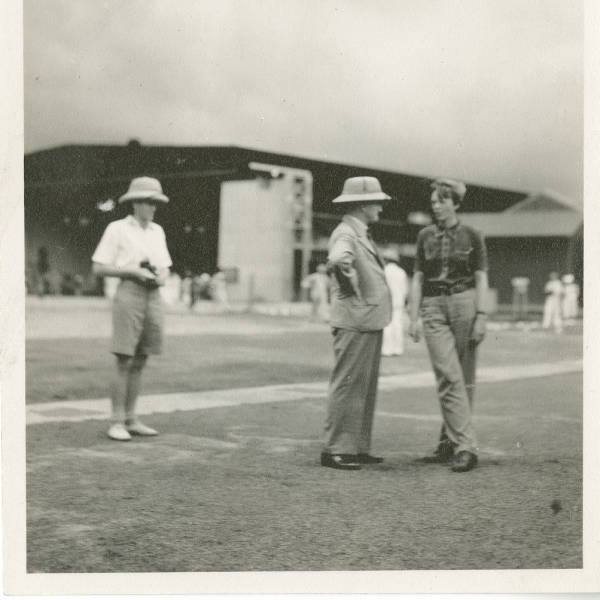 On 19 June 1937, famed aviator Amelia Earhart arrived in Rangoon as part of her attempt to circle the world. Two weeks later she disappeared over the South Pacific. The mystery of her final flight has never been solved. She was the first woman to fly solo over the Atlantic, set many aviation records, and was a best-selling author. This photograph was taken at Mingaladon airfield. She is being interviewed by the editor of the Rangoon Times.