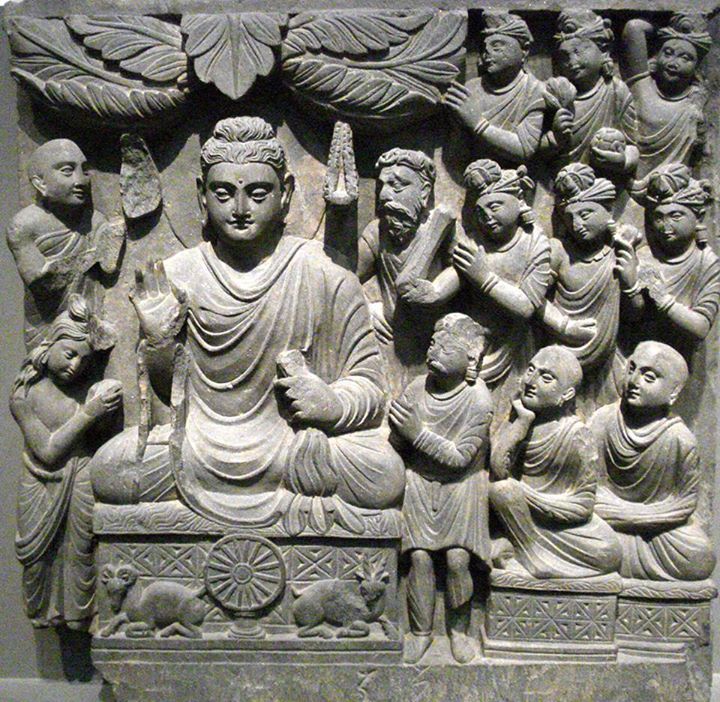 Waso is the fourth month of the traditional Burmese lunar calendar (coinciding roughly with July). It signals the beginning of Vassa or the Buddhist Lent, during which monks retreat to their monasteries and certain ceremonies - like weddings - cannot be performed. The image at left is one of the very first depictions of the Buddha's First Sermon at the Deer Park in Sarnath given on the day of the full moon, and comes from the Indo-Greek kingdom of Gandhara c. 200 BC. (today at the Smithsonian Museum in Washington DC). The Myanmar word for "university" - tekkatho - is derived from "Taxila" (Pali takkasila), the Gandhara city and home of its great university.