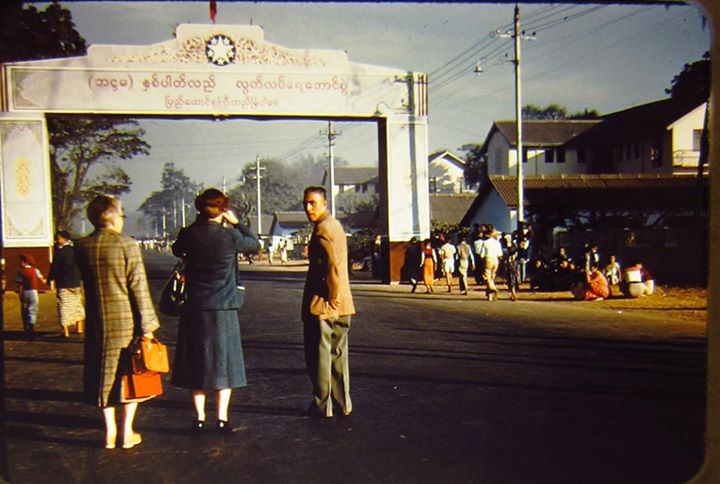 Getting Ready for Independence Day Celebrations 1956

Getting ready for Independence Day celebrations on 4 January 1956. This picture was taken when Rangoon was cool. Early 20th-century government publications described Rangoon's climate in December-January as being 'cool and pleasant' with morning lows around 60 degrees (15 Celsius). With climate change, I fear that even the few weeks of cooler weather in December-January may soon (if not already) be a thing of the past.