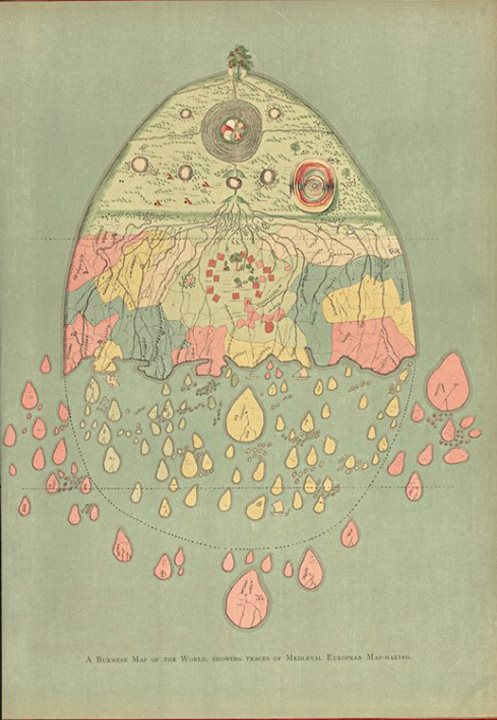 "A Burmese Map of the World" showing Jambudipa or the "Rose Apple Island" which is home to all human-kind. In Buddhist, Hindu, and Jain cosmology Jambudipa (or Jambudvipa in Sanskrit, Zambudipa in Burmese) is the southern of four continents. The others are not accessible to human beings. Mount Meru stands at the centre of all four. Our's has a giant rose apple tree as well as big mountains at the top and little islands offshore. It also has thousands of cities (pura) and is normally ruled by a chakkavatti (chakravartin in Sanskrit, sekyawaddi in Burmese) This map was reproduced in Sir RC Temples "Thirty Seven Nats" published in London 1906.