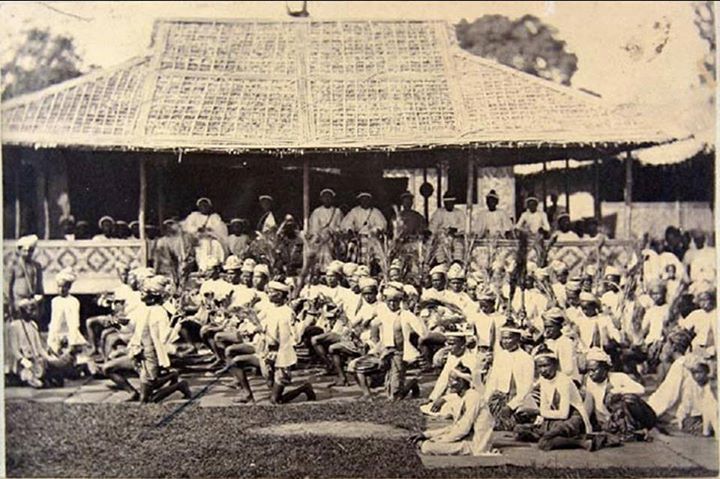 King Mindon’s donation of “hti” for the Shwedagon

King Mindon's officials led by the Myoza of Popa arrive in Rangoon to donate a new "hti" for the Shwedagon Pagoda. In 1871 the British were in occupation of all of Lower Burma including Rangoon. The Chief Commissioner at the time (Sir Ashley Eden) agreed that King Mindon could donate the new hti but insisted that it could only be done via British authorities; the hti would be received by the British and handed over by them to the Shwedagon trustees. The British believed that a direct donation would symbolize King Mindon's continuing sovereignty over all Burma. The iron hti was plated in over 400 pounds of gold and covered in diamonds and other precious stones.