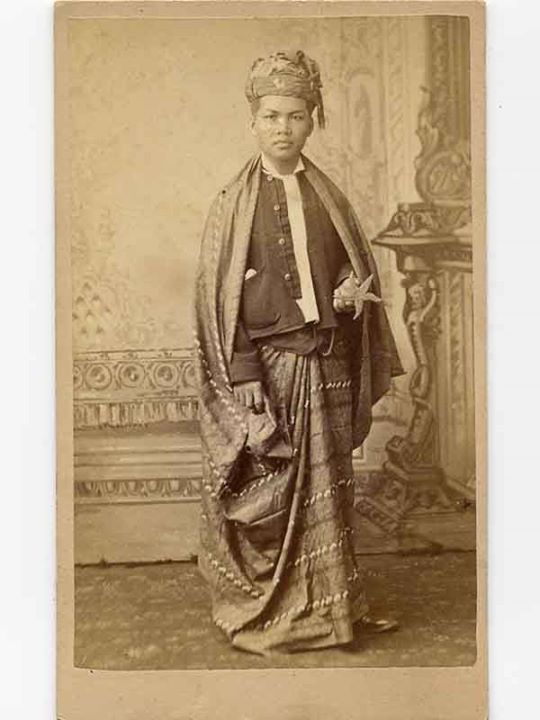 Kolia San Thabue, one of the first students from Burma to the United States

This is a photograph of Kolia San Thabue, one of the first students from Burma to the United States. He was a Pwo Karen from Bassein and arrived in the US sometime in the later 1870s. His entire story is not clear to me but he studied at Chicago University and Kalamazoo College before going on to Michigan State College (now University).

Apparently he ran into financial trouble his sophomore year at Chicago and this photograph is from an appeal on his behalf for donations so he could continue his studies (requesting 25 cents from potential patrons). He lived for 18 years on and off in the US, including in Detroit and Massachusetts.

He eventually made a home in Wakema (Thayagon village), tending a small farm, complaining that his fellow villagers didn't understand why a man with American degrees would want to farm and not be a lawyer or civil servant instead ("you crazy good-for-nothing! they said"), and asking his old Michigan friends for seeds for his "American garden" to grow lettuce and 'sweet corn'. Later he became a Baptist minister and finally the principal of the mission school in Bassein.