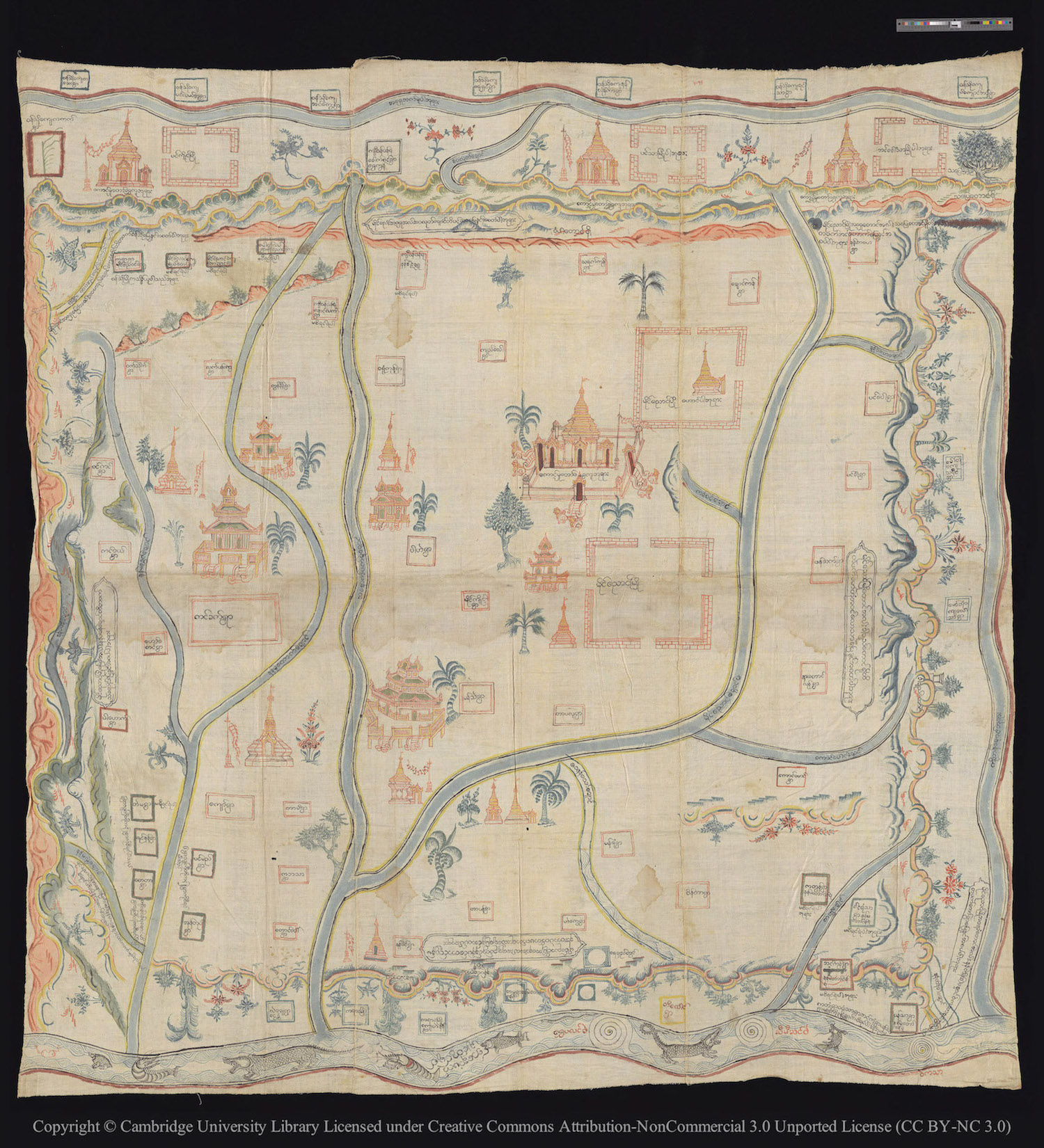 Crown land (nanzin ayadaw-myay) was the personal land belonging to the king. This consisted of scattered but substantial estates which he had inherited from his ancestors or had acquired by marriage, and which were worked by a special class of labourers known as lamaing, or crown serfs. Certain other types of land could also become crown property, such as lands which were difficult to assign to any one person or groups, for example the small islands in the Irrawaddy near the capital which disappeared beneath the surface of the river every year, and then, on reappearing, could not easily be identified. The right of collecting rent from such land was the responsibility of the Superintendent of Crown Property, the Ayadaw-ok, who was allowed to dispose of them as he thought most profitable, while gaining some sort of commission for himself. Land confiscated for criminal acts (thein-myay, or ‘confiscated land’) and land which reverted to the crown because the original owners had left no heirs (amwe-son-myay, or ‘end of lineage land’) were also supposed to become crown land if deemed valuable. Thus the king was the default landowner of his realm.

While the king was the largest single landowner, the majority of land was probably allodial or boba-baing-myay. This literally means ‘father’s and grandfather’s land’ and it was not private land in that the holder did not have full rights to dispose of the land as he or she saw fit. Land which was cleared by an individual and kept within the family was classed as allodial in this way. Land was often mortgaged and some parcels may have been bought and sold, but fully private, or pudgalika, land did not appear as a distinct category until colonial times.

Other land belonged to religious establishments, monasteries and pagodas. They were crown lands or allodial lands donated by the king or other notables in perpetuity; their integrity was meant to be scrupulously maintained. In fact, glebe land tended to shrink over time, as lapses in record-keeping allowed cultivator-tenants or other local people to claim bits of the estate as their own. Land donations were often accompanied by donations of slaves to work the land. Those who did, the hpaya-kyun, were irredeemable slaves. Even though they were common cultivators in every other way, they came to occupy the lowest rung in the Burmese social ladder, as low as those who dealt in death. For ordinary people, they were beyond the pale and no social interaction with them was allowed.

The last and most complicated category of land was min-myay or prebendal land. Min means ‘ruler’ and in a village setting might refer to the local chief. Min-myay in this case was the ‘chief’s land’ and was part of his patrimony, his inheritance as head of his lineage. More generally, the phrase might refer to all land seen as belonging to the chiefly clan. But this phrase was also used to categorise land granted by a king to his crown servants in return for military or other obligations. In the most simple case, the king, in establishing a new army regiment, might grant the officer in charge of the regiment an estate near the capital. The officer would then parcel out the estate among his men and their families, setting aside land for their residence (nay-myay), their personal cultivation when not on duty (loke-myay) and for extra income (sa-myay). He would doubtless keep the best parts for himself. As office was hereditary, these grants also tended to become hereditary and such land was treated little differently from allodial land, despite constant crown attempts to ensure the integrity of these estates and the continuity of their prebendal status. Often crown servants in debt would mortgage or even sell their land and thus the original connection of the land to service would be lost.

The distinction between different types of prebendal holdings and between prebendal and allodial land was clear only in theory. In practice, failures of royal information, coercion or will, meant that land nominally attached to office came under the control of the local gentry. For example, confiscated land which should have reverted to the crown might have remained unreported. Instead the land might have been taken quietly as part of the local chiefly estate. At the core of much of the vagueness was the substantial gap between the idea that the crown controlled land and could assign land at will, on the one hand, and local realities, on the other. This vagueness, manageable and perhaps even desired under old norms and practices, would become problematic with the approach of colonial rule and attempts to rationalise land-holding and revenue administration.

(Adapted from The Making of Modern Burma by Thant Myint-U).