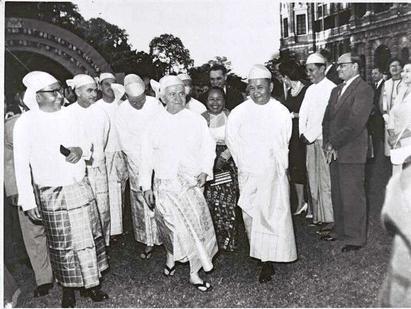 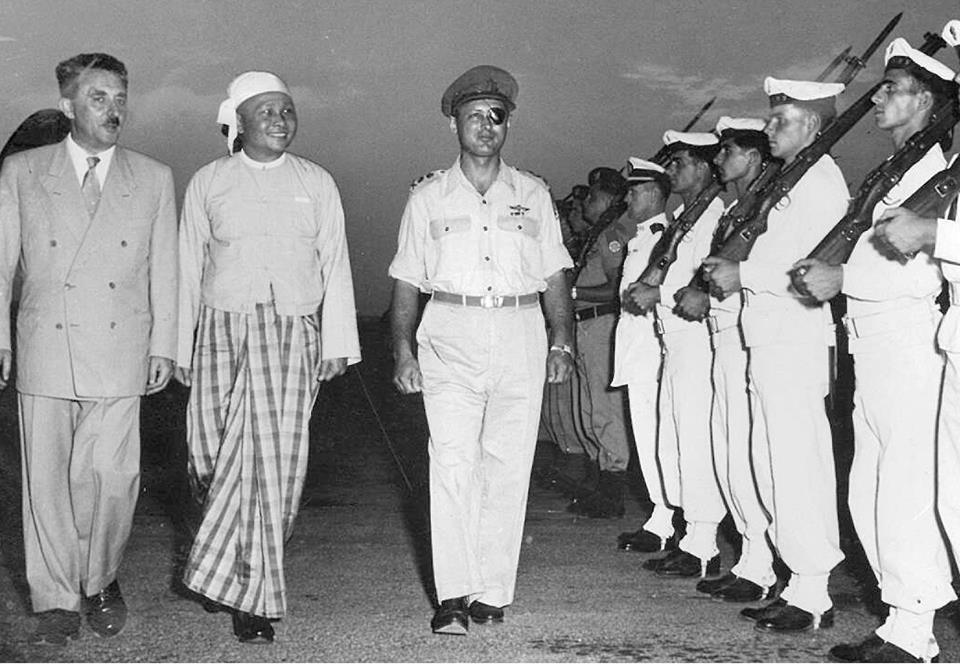 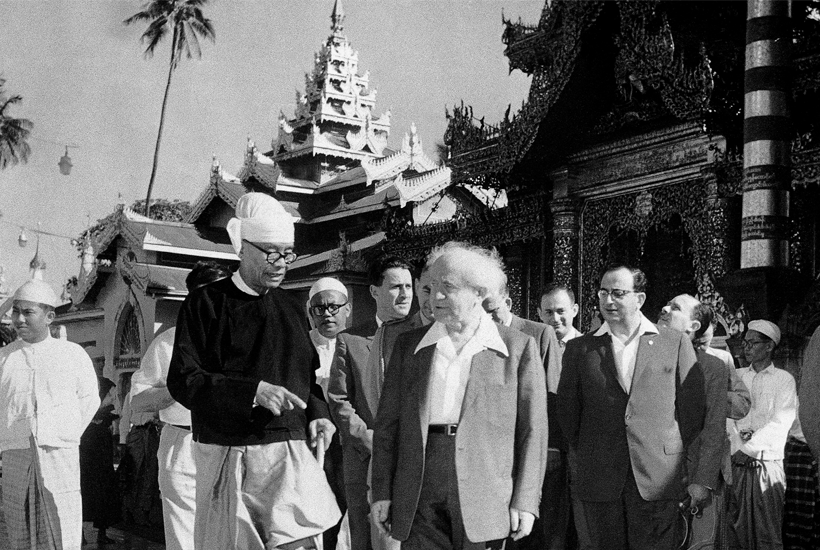 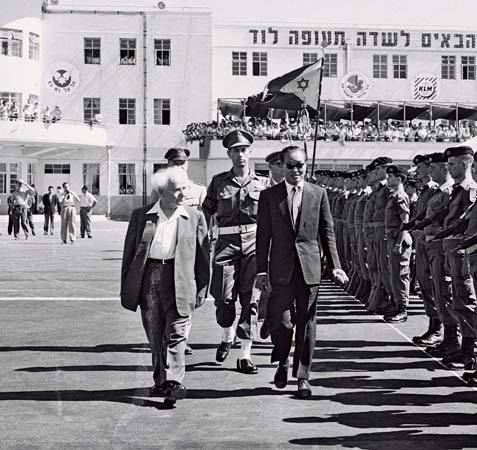 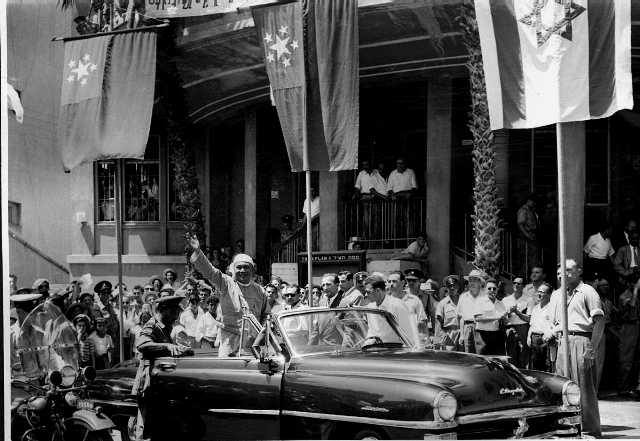 On 5 December 1961, the founder and first Prime Minister of Israel, David Ben-Gurion made a landmark visit to Burma.

Few remember that Burma in the 1950s and early 60s had particularly close relations, including military relations, with Israel. Both countries had achieved independence from the British Empire at the same time, both found themselves immediately at war, and both were governed (initially) by elected socialist governments. Burma was the first country in Asia to recognize the Jewish state (in 1949), promoted Israel at international fora, and even tried to intervene with Soviet leaders on behalf of Jews in the USSR.

Rangoon was of course home in colonial times to a more than 2,000 strong Jewish community and in the 1930s even had a Jewish mayor (David Sofaer, whose family built the Sofaer building at the corner of Pansodan and Merchant streets).

U Nu, General Ne Win, and others visited Israel often in the 1950s, and a host of Israeli dignitaries travelled as well to Burma: David Ben Gurion, Abba Eban, Moshe Dayan, Shimon Peres, Moshe Sharett, Golda Meir.  David Ben Gurion who was curious about Buddhism -- spent no less than 16 days in Burma in 1961 (whilst a sitting Prime Minister). He wore Burmese dress (and had his other officials do the same).