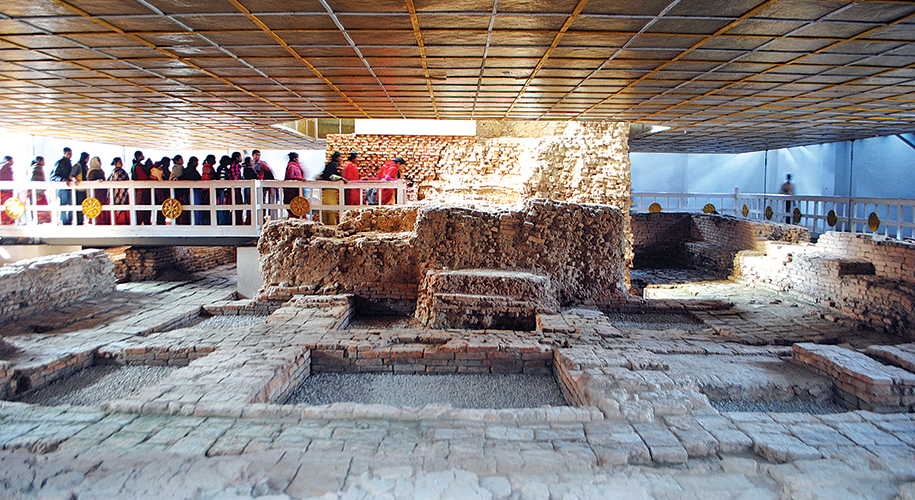 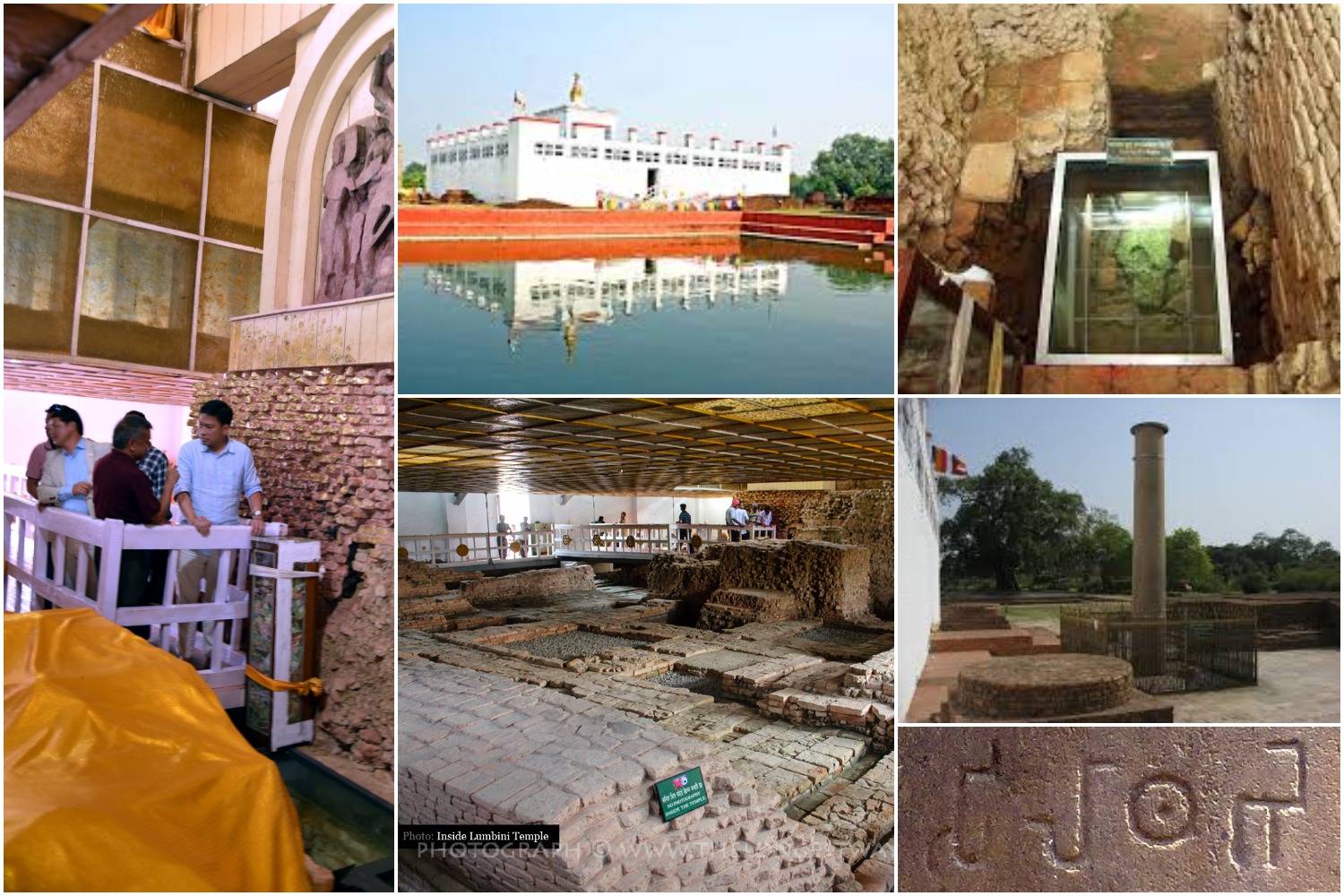 The site of Buddha’s birthplace was unknown for centuries.  In 1896 a German archeologist discovered a pillar erected by the Emperor Asoka in the 3rd century B.C. to mark the place of the Buddha's birth. The inscription on the pillar is a Prakrit language (similar to Pali) written in the Brahmi script.  It is the first ever Indian writing. Asoka's inscriptions are also the very first written mention anywhere about the Buddha.

(The earliest Buddhist scriptures still in existence are the Gandhara texts of the 1st century AD - very little about Buddhist history before that time is known).

Emperor Asoka built a brick temple around the actual spot where the Buddha was believed to be born.  The ruins of the temple are still there.  Over the ruins, the Nepal government built a modern structure (Mayadevi Temple) about 20 years ago.

In 2013 scientists discovered a simple wooden structure beneath the Asoka brick temple.  Through carbon-dating, they have dated the structure to the 6th century BC.  They believe it is the first Buddhist structure, built shortly after the lifetime of the Buddha. (The actual dates of the Buddha's birth and life differ between Myanmar, Thailand, Nepal, Sri Lanka and other countries).

Lumbini in the 6th century BC was on the edge of the kingdom of Magadha (today's Bihar).  The 6th century BC was an amazing time in the history of the world.  This was the time of Confucius and Lao Tzu (founder of Taoism) in China, Mahavira (founder of Jainism) in India, and Zarathustra (founder of Zoroastrianism) in Persia. The Achaemenids in Persia and the Zhou in China had established the greatest empires the world had ever seen. Greek philosophy was beginning to flourish in the eastern Mediterranean.  It was a time of intense political, social, and intellectual change.

Here is a brief chronology of Lumbini.

623 BC: Prince Siddhartha Gautama, who later becomes Buddha, is born in Lumbini.

249 BC: Emperor Asoka visits Lumbini and erects the Asoka Pillar with Pali language inscriptions in the Brahmi script to pay homage to Buddha’s birthplace.

350- 375 AD: Monk Seng-tsai from China makes a pilgrimage to Lumbini and writes accounts of his visit.

636 AD: Chinese scholar Xuanzang visits Lumbini. He describes Lumbini as “a deserted place, and wild animals roamed around enough to warn off travellers."

1312 AD: Ripu Malla, King of the Malla Kingdom of Kathmandu, visits Lumbini. He is the last visitor to leave evidence of his visit for more than 500 years. The site is gradually abandoned.

1956: King Mahendra visits Lumbini and proposes steps for Lumbini’s development at the Fourth Assembly of World Fellowship of Buddhists.

April 1967: UN Secretary-General U Thant visits Lumbini, and initiates international support to develop Lumbini for pilgrimage and tourism and as a symbol for tolerance and world peace.

1978: The Government and the UN approve the Kenzo Tange Master Plan.