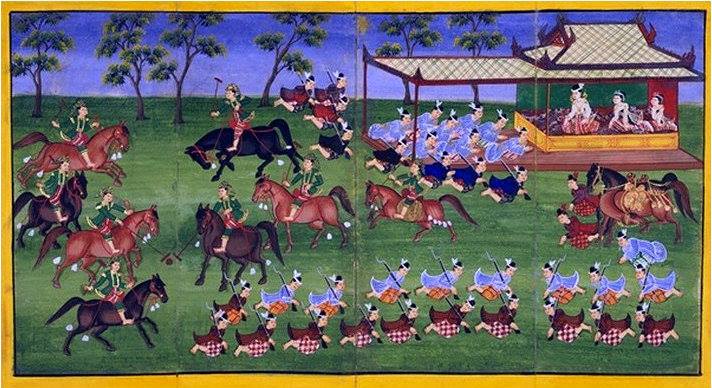 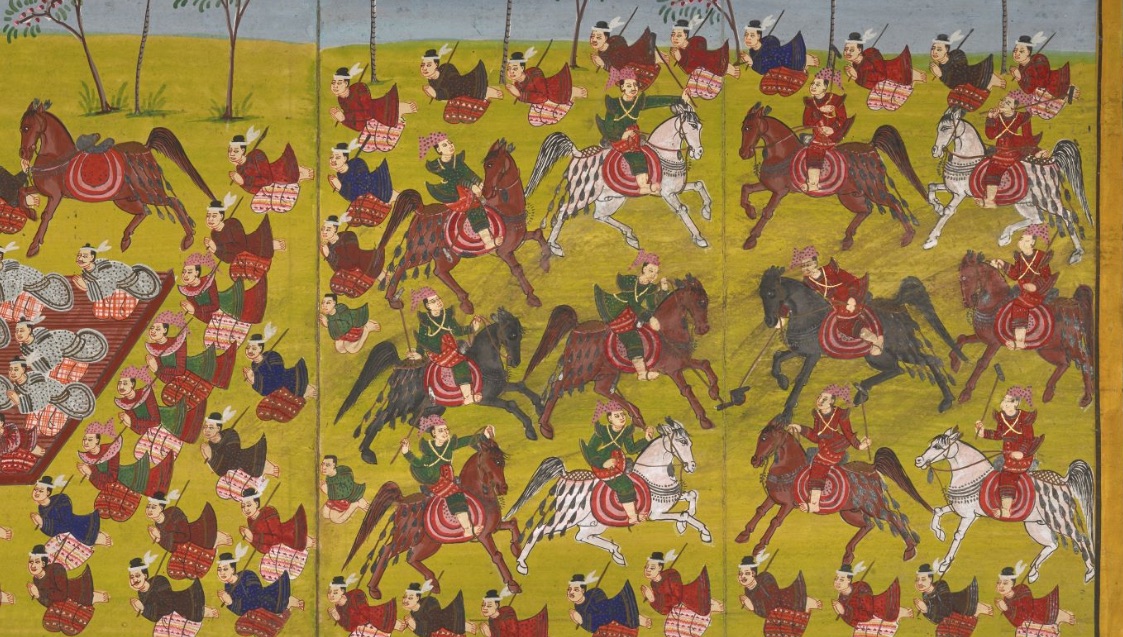 Polo is today a game played around the world. Its modern form is derived from Manipur where it had been played for many centuries. The British copied the Manipuri game and the first polo club was established in Calcutta in 1862.

The game itself is far older and likely originated with the horse-riding cultures of the central Asian steppe (where horse-riding started around 4500 BC). Polo was played extensively in the Persian Empire more than two thousand years ago, in Tang China (7th-9th centuries AD including by women), and by the Mongols (13th century).

When the game began in Myanmar is not known. Horse-riding was an important part of Irrawaddy valley culture by at least the late first millennium. The Nanzhao (7th-9th centuries) and Dali kingdoms (10-12th centuries) in today's Yunnan (where people spoke languages similar to modern Burmese) were places famed for their horses. The first equestrian festival in Myanmar for which we still have a written record took place during the reign of King Thihathu of Pinya (1298-1324 A.D). Equestrian festivals (normally in the month of Pyatho) were an important part of the royal calendar right down to the fall of Mandalay. Polo or "Guli" in Burmese was played as part of these festivals by at least the 15th century and was likely popular outside the court, in towns and villages across the country, for centuries. By the 20th century Burmese "guli" had disappeared and polo became a game played in Burma almost exclusively by British army officers.

The image is from a 19th century Mandalay parabaik.