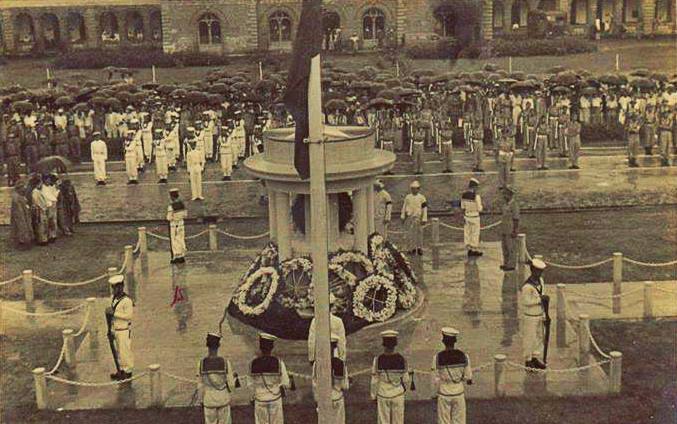 The commemoration of Martyr's Day 1949 was held at the Secretariat. Burma was then at the height of its civil war, with much of the country in the hands of the communists, the Karen National Defence Organisation, the Mujahedeen, the PVO, and dozens of other militia groups. The Karens held Insein and the communists controlled most of central Burma from their base at Pyinmana. Half the Burma Army had deserted and the army was down to 12,000 men (against far larger insurgent forces). If Rangoon fell, there were plans to airlift Prime Minister U Nu and the government to New Delhi to create a government-in-exile. It was on Martyr's Day 1949 that U Nu announced his goal of "peace within one year" with the immediate aim of restoring the Rangoon-Mandalay road and rail. Army operations were intensified. And over the next year, the tide began to turn, slowly, in the government's favour. Over 30,000 died and over 3 million people became refugees as a result of the fighting during these early years; damage and destruction to public and private property amounted to an estimated $1 billion dollars (in today's dollars). The Burmese did not have to fight the British for independence, but instead soon after independence began fighting each other. A WW2 shattered economy was further devastated. And the army brought in to an increasingly central role.