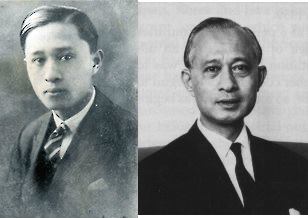 U Nyun, one of Myanmar's most distinguished public servants, was born on 20 January 1910 and was educated at Rangoon, Oxford and London Universities. He served in the ICS and then as a senior civil servant in the independent Burma government, before joining the UN in 1953. From 1959 - 1973 he was the Executive Secretary of UN ECAFE (now ESCAP), working directly under Secretaries-General Dag Hammarskjold and U Thant. U Nyun was one of many trained and experienced Burmese ICS and BCS officers at the time of independence (U Ka Si, James Barrington, U Chan Tha, U Kyaw Min, U Kyaw Khine, U Balwant Singh, U Shwe Mra, U Win Pe, U Kyin, U Hla Shein, etc). In the 1950s politics was messy and often violent; it was the work of these civil servants that played a big role in ensuring the country's success.