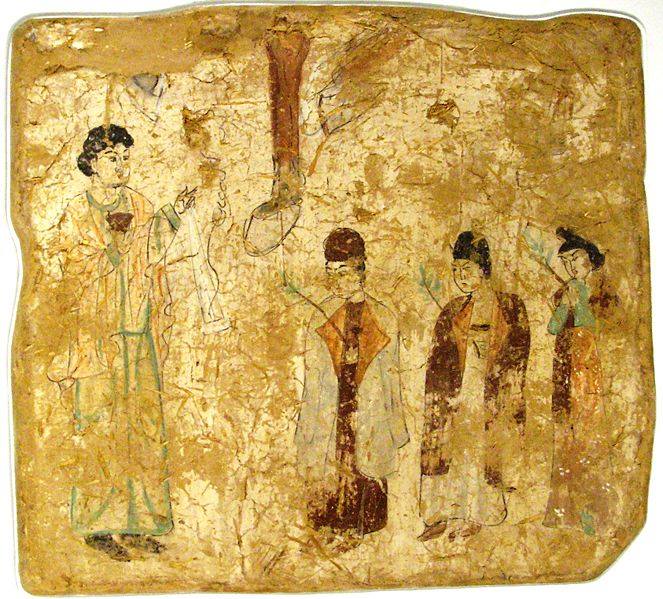 Myanmar's first Christians were likely the Nestorians, who may have arrived as early as the 7th century (ie even before the "Myanma" ethnicity existed). The Nestorians were widespread in China under the Tang (7th and 8th centuries AD) as well as across Central Asia and in Persia and parts of India. During the time of the Bagan (Pagan) dynasty, there was a large Nestorian presence in Yunnan (according to Marco Polo). The Italian traveller Ludovico di Varthem who visited Pegu in the early 1500s noted the large numbers of Nestorian (and probably Armenian) Christians, including military officers and soldiers, at the royal court (of King Bannya Ran ဗညားရံ) (The image is from a 7th century wall painting in a Nestorian church in Qocho, in what is today Xinjiang in China but what was once an independent Turkic-speaking kingdom).