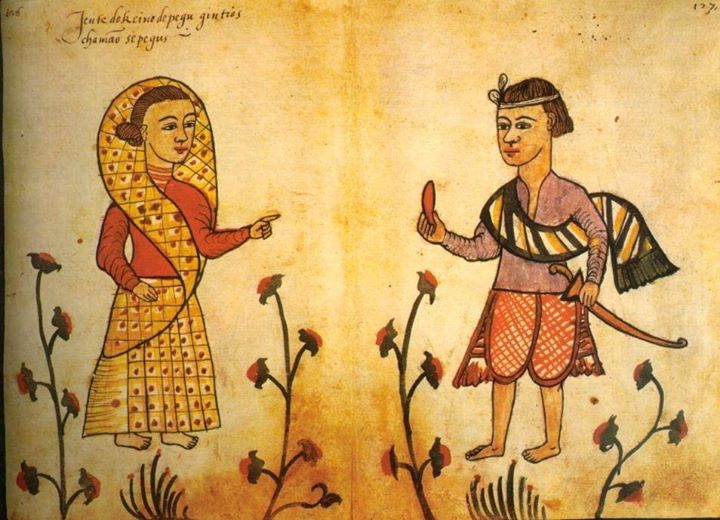 An early European depiction of a woman and man in what is today lower Myanmar. The image is from a book by Father Manuel D'Abreu Mousinho on the exploits of the Portuguese adventurer Salvador Ribeyro de Souza. In the 16th and 17th centuries thousands of Portuguese and people of mixed Luso-Asian descent served different regimes at Mrauk-U, Ava, Pegu, and Martaban as well as their own 'king of Syriam' Filipe de Brito e Nicote. The people of the Pegu area at the time would have been largely Mon-speaking. The city of Pegu itself though would have been a very cosmopolitan place, with people from across what is today Myanmar and Thailand as well as Europeans (mainly Portuguese, Dutch and Spanish), Persians, Indians, and Chinese and perhaps even the odd Ethiopian, Javanese, Afghan and American.