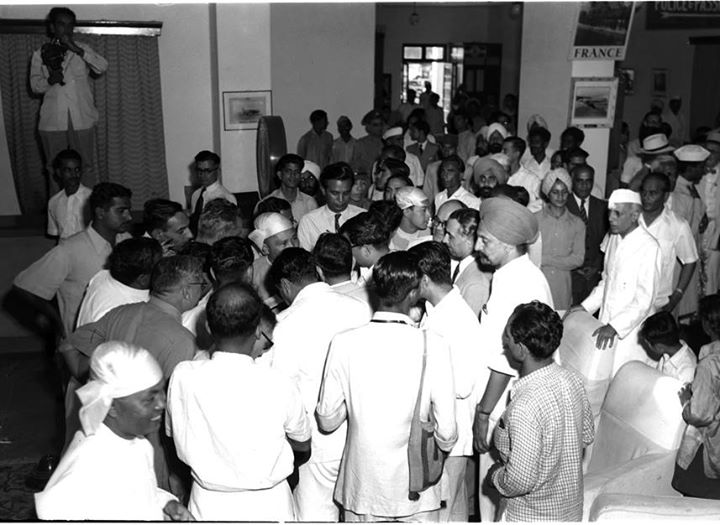 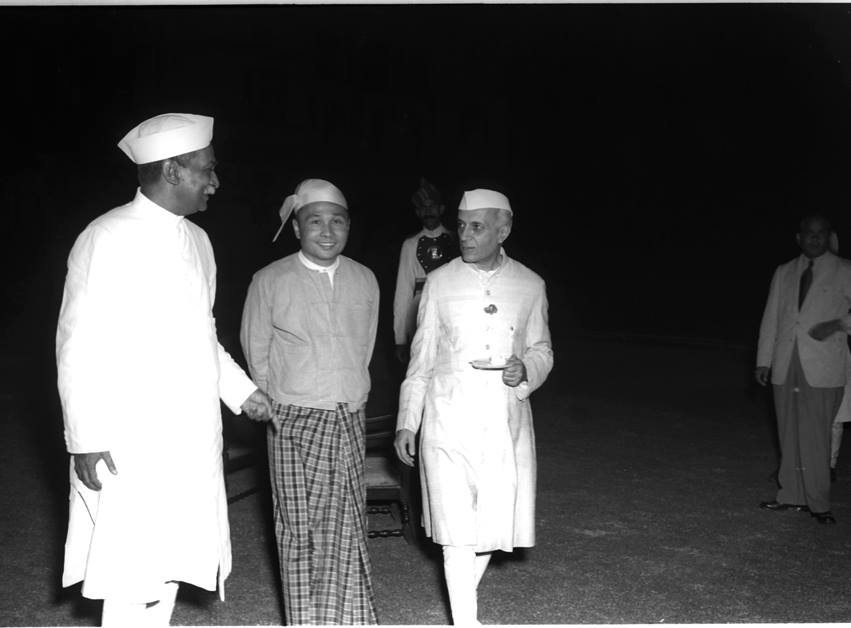 Prime Minister Manmohan Singh visited Myanmar in 2012 and it was one of the dozens of visits between Indian and Myanmar heads of government and state to each other's countries since independence in 1947-8. These are two photographs from an early visit (in 1951). The first shows Pandit Nehru coming greet U Nu at Palam Airport (now Indira Gandhi International Airport). U Nu is to the left, already surrounded by journalists. The second photograph is from the same trip, with U Nu and Pandit Nehru together with President Rajendra Prasad (the first President of India). U Nu was then 45 years old and had been PM for three years. He and Pandit Nehru were good friends.