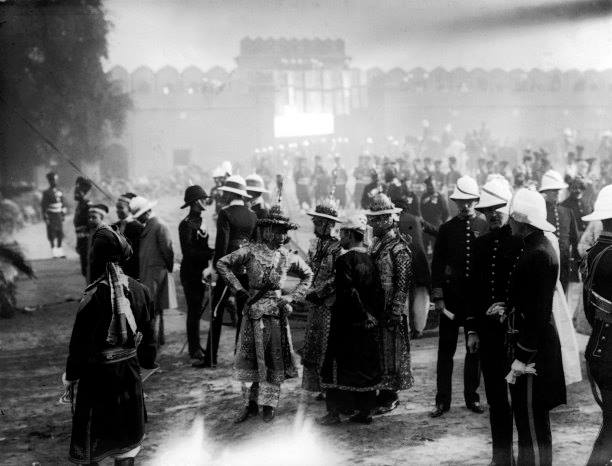 Shan chiefs and other notables were at the Delhi Coronation Durbar of King George V and Queen Mary as the Emperor and Empress of India. The Durbar was one of the grandest spectacles ever of its kind anywhere in the world and was attended by every ruling prince and nobleman in India. This may have been the last event where the Burmese dressed in proper court attire. Those who came from Burma included the Sawbwas of Yawnghwe, Hsenwi, Kentung, and Tawngpeng, as well as senior officials (such Deputy Commissioner U Myat Tun Aung) and leading businessman such as the Chinese tycoon Lim Chin Tsong.