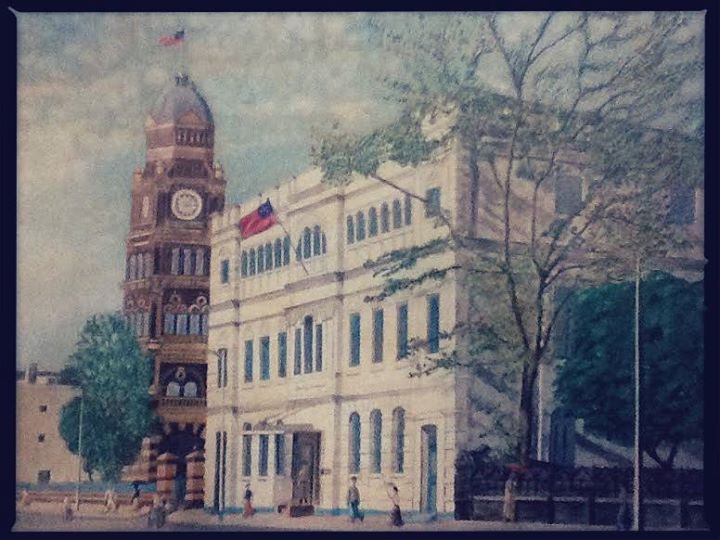 Once Rangoon's top night spot: the Silver Grill at 82 Barr Street (now Mahabandula Garden Street), a black-tie restaurant and jazz club that was popular with foreigners and Burmese alike both before and after WW2 (and with Japanese officers during the war). Originally owned and managed by the Armenian Peter Aratoon, it later became the State Commerical Bank. The building was demolished, I think in the 1970s (please correct me if anyone knows). This painting was painted by Mr Godley who was the manager of the State Commercial Bank. It was found when the building was being demolished.