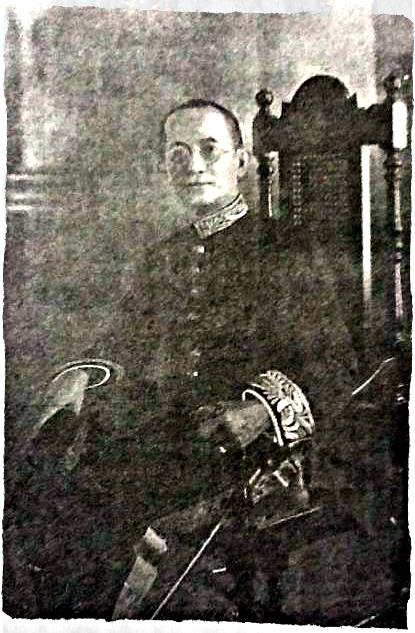 In 1930, Sir Joseph Augustus Maung Gyi was appointed (Acting) Governor of Burma by the then Viceroy the Earl of Halifax. He was the only Burmese to ever serve as Governor of British Burma. He was born in Moulmein and was an ethnic Mon by descent. He was 'acting' governor during the tenure of Sir Charles Innes, who was away for several months in 1930-1 on sick leave in the UK. He has the misfortune of being governor during the outbreak of the Saya San rebellion (1930-2). Sir Joseph (1871-1955) was an Oxford educated barrister and leading political figure in the 1920s and 1930s, a Minister and later Home Member in the dyarchy government, a judge of the High Court, and the leader of the conservative Independent Party. The Independent Party was also known as the "Golden Valley Party" as all their leaders lived in Golden Valley. The party contested elections in 1922, 1925, 1928, 1932, and 1936. (His salary as Home Member in the dyarchy government of 5,000 kyats a month was considered astronomical by many, hence the moniker Nga Htaung Sar). 5,000 kyats was then equal to about US $4,000; the average daily wage was one kyat). The party sided with the British in the early 1930s in calling for the separation of Burma from India. They never enjoyed the popularity of the more nationalist parties led by U Ba Pe, U Chit Hlaing, and others.