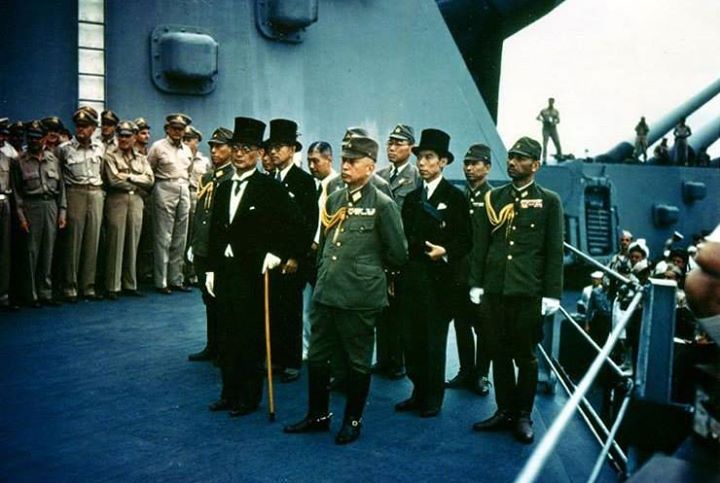 On 2 September 1945, the Empire of Japan formally surrendered to the Allied Powers on board the USS Missouri. Over 100 Allied warships and submarines were present that day in Tokyo Bay. The Allied were represented by General of the Army Douglas MacArthur, Supreme Allied Commander. The Japanese were represented by Foreign Minister Shigemitsu Mamoru (in top hat and tails) and Chief of Imperial Army Staff General Umezu Yoshijiro.In Burma three days before (30 August), the Commander of the Burma Area Army Lt-Gen. Kimura Heitaro had agreed to begin local surrender negotiations. The two sides would meet at a village along the Sittang River. The Japanese were then headquartered in Moulmein with 70,000 troops, having evacuated Rangoon in April. 150,000 Japanese had been killed and 80,000 wounded in Burma.